'Charlie Victor Romeo,' from Ludlow Street to the big screen 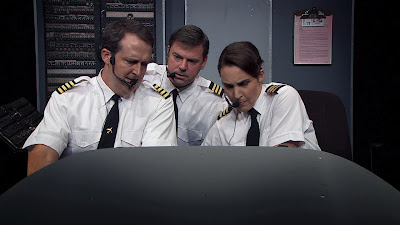 "Charlie Victor Romeo" was originally a play produced at Collective Unconscious on Ludlow Street in 1999 ... it moved on in 2004 to PS 122.

The play, a dramatization based on the transcripts of actual black box recordings from six airline emergencies, was filmed (in 3-D!) for a movie version in 2012. After making the festival rounds, "Charlie Victor Romeo" is currently in a two-week run over at the Film Forum through Feb. 11.

Here's a review of it from the Times ... and here's the official "Charlie" website.
Posted by Grieve at 4:59 AM

The scariest, most terrifying shit you'll ever see.

It's terrific by every definition of the word- go see it!!