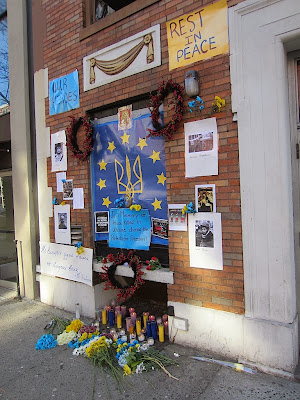 Members of the local Ukrainian community created a memorial outside 136 Second Ave., which houses the Ukrainian American Youth Association in this building between St. Mark's Place and East Ninth Street… 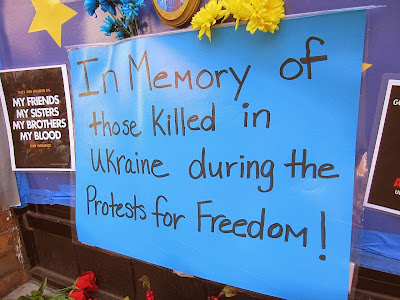 They expressed sadness and anger over the violence that left at least 77 people dead in the bloodiest week since anti-government protesters took to the streets of the capital Kiev in late November, furious with President Viktor Yanukovich for rebuffing a deal with the European Union to strengthen old ties with Russia.

No one who spoke to Al Jazeera expressed support for Yanukovich, who was dismissed by parliament on Saturday. Many said he should face stiff punishment for the deaths of demonstrators.

A reader shared these photos from the site today… where U.S. Rep. Carolyn Maloney and other leaders held a press conference… 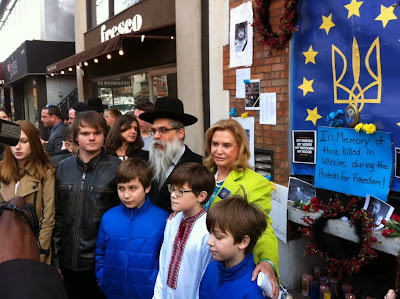 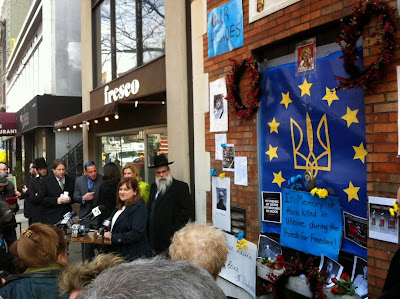 All the media outlets seemed to be on the scene… we'll link to one of them once the recaps are online… (Here is the report from WCBS.) 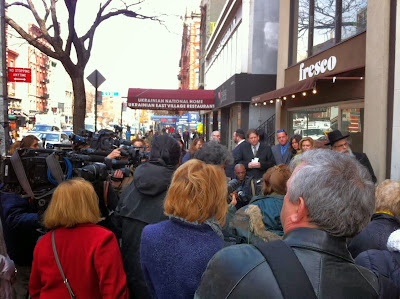 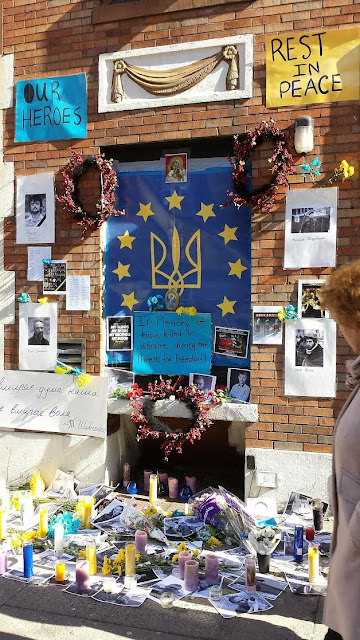 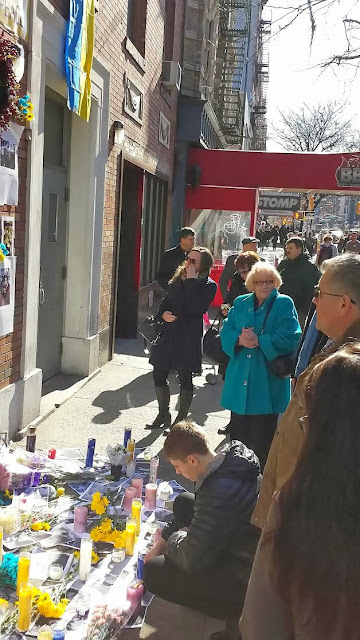 Thank you for sharing this, Grieve. Ukrainians have long been part of the fabric of this neighborhood, and we truly appreciate the interest and concern of our EV neighbors.

What can one even say any more?

but the big question remains: was this a protest for freedom or were there other politics at play that are less worthy of our support?

The elements of this memorial all seem to come from the same place, probably the Home itself. The photos are all printed identically, and the writing on the posters is the same.

I’m sorry, I am with cause but Carolyn Maloney, our “Silk Stocking District" Congresswoman, is a joke.

Boy, there are a lot of suspicious people on here today. Sometimes a memorial is just a memorial, and even if there is something else going on there you can ignore and honor those who deserve honoring.

Once I saw Brezinski standing on top of the pile of rubble I knew it was all a bunch of behind the scenes bullshit.