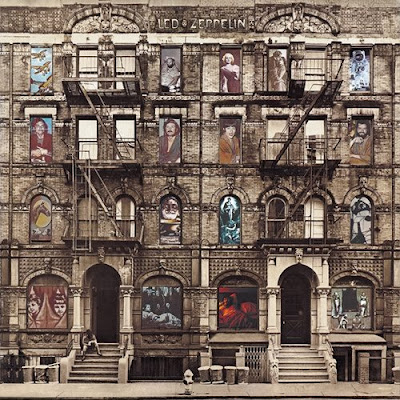 Off the Grid and Gothamist both had posts to commemorate the occasion ... and offer up some history.

And you probably know the connection to the album here. We'll let Off the Grid sum it up:

Led Zeppelin immortalized the twin tenements at 96 and 98 St. Mark’s Place between First Avenue and Avenue A on the Physical Graffiti album cover. The award-winning design featured the two buildings (with the fourth floors removed to make them fit the square shape of the album cover) with the windows cut out to reveal the letters of the album title printed on the inner sleeve, or, if the sleeve was reversed, a series of images of different characters seeming to occupy the building, including lead-singer Robert Plant in drag. 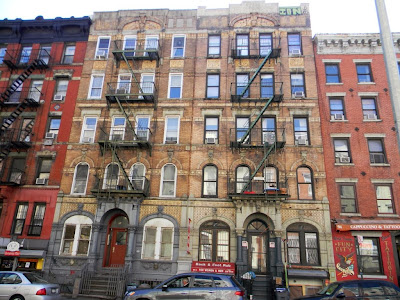 I'm not waiting on a lady...say, what the hell is Mick wearing anyway?

And some mighty fine buildings.

Zeppelin still rules. Maybe even more so now that we live in such a musically dead era.

One of the greatest rock albums by one o the greatest bands. Every track is brilliant, and the album showcases the wide range of styles mastered by Zeppelin. A masterpiece (and not a word to be used lightly).

I once did a photoshop of this building—cutting out one of the floors to make it a square; hope I still have the file somewhere. (It was at least three computers ago.)