3 Awful Avenue A bars: What are they now?

A few days ago we noticed that the sign went up for Ethos Meze, the new Greek restaurant opening this year at 167 Avenue A… 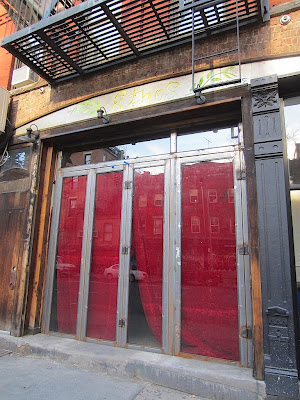 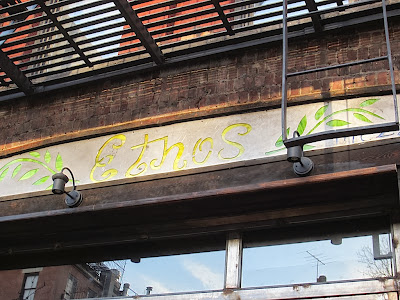 While the previous tenant here, Diablo Royale Este, has been closed for more than 18 months… the new sign is symbolic of sorts… an end of an era where three bars on Avenue A drew the ire of neighbors for the beer ponging, party busing, sidewalk peeing ways of its patrons... 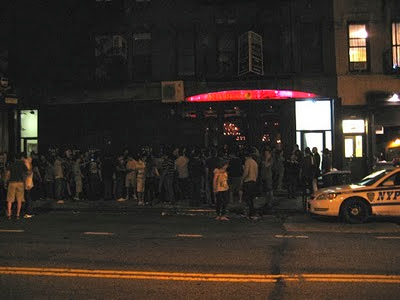 From May 2010 to August 2012, Diablo Royale Este, which claimed it catered "to a mature audience," was popular with the party bus crowd … and, most famously, once hosted (unwittingly or not) a Boats 'N Hoes party for NYU students.

Oh, the legendary Superdive, which started its reign of woorrorism with table-service kegs in June 2009… and remained open intermittently until October 2010… (Superdive threatened to return too many times… it was like trying to kill Jason Voorhees… ) 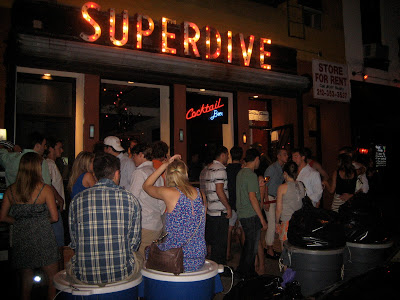 There was a midget dressed as a pirate working Champagne Tuesdays… Bargoers were encouraged to mix their own drinks… oh, lordy. We're just going to stop.

Today, the space is home to the ABC Animal Hospital. 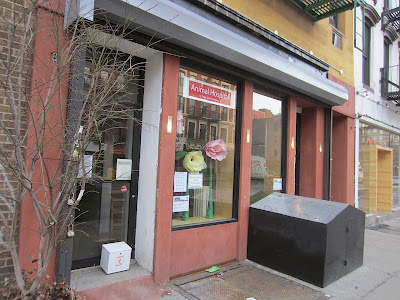 … and at 34 Avenue A, there was Aces & Eights, which arrived in March 2009 … residents quickly branded the place a beer-ponging frathole … 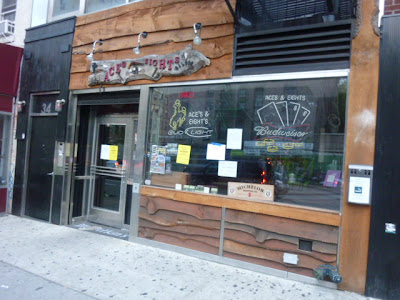 But, to the bar's credit, the general manager did try to make some changes, reaching out to EVG readers for input … and even making good use of the upstairs space for a cool art show…

The bar closed for good in October 2010.

The space is now home to Ruff Club, "a social club for dogs." 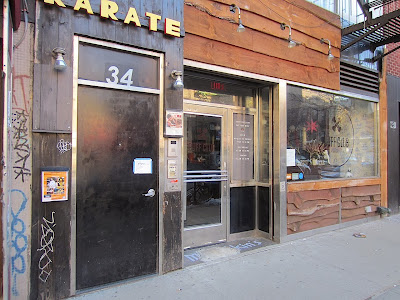 I guess someone has to say it: Avenue A is going to the dogs.

We've replaced animals with the good kind of animals. That's not a bad thing.

Good riddance! Glad the pain of looking at those places was in the short term. Prior to Superdive that space was for many years, maybe even a decade, Korova Milk Bar. Not the greatest bar ever, but definitely kept the spirit of the neighborhood. During that time the members of the douche-culture were still in grade school. Now that the ABC animal hospital is in there maybe it's a sign that the shelf life of the 'woo' is as shallow as those that are part of it.

loved Superdive, at least it was fun Be careful what you wish for. lets see what happens at 7A and Peels and Johns. long live SUPERDIVE

This is a positive post! Though the "social club for dogs" theme is corny as fuck, and doesn't seem super successful, it really is just essentially a kennel, which is good.

Though they should put some of these filthy owners in there when they don't clean up. I've caught 'em too many times on my block, and always call 'em out. They whine n bitch that they were "going to get a bag".

I would love to see Destination and Doublewide added to the list of closures, preferably before the weather warms up.

is doublwide bad? it never looks busy when i walk by

Combine all 3 of these shitholes, raise to the power of 10, and you get the 13th Step.

Close them all down! Ave A DOESN'T need bars or clubs!

SUPERDIVE was great fun and I had a memorable evening there one night on Champagne Tuesday. Seems like fun not allowed in nyc anymore, just rooms of omniscients patting eachother on the back and spewing yelphate. snooze................

What you 11:10 AM obviously don't understand is your "fun" was inflicted on residents who have neither reason nor need to be forced into participating.

Aces and Eights reaching out to the community?? I live across the street and all I remember is the manager/owner standing outside at a folding table with his thuggish sidekick trying to "engage" with people and launching into aggressive argument with when it was suggested that the bar was a noisy nuisance for the neighbors. Not nice, and definitely not "reaching out".

GRIEVE. the word is "dwarf," not midget. ("little person" is also fine.) "midget" is for freak shows.

however, "reign of woorrorism" is awesome and i will be stealing it. thank you.

I remember being disappointed by Diablo Royale. The West Village location was was great. Good drinks/food and friendly staff. It was like the staff in the EV location just didn't care. Not surprised they eventually closed.

Close them all down! Ave A DOESN'T need bars or clubs!

I thought Prohibition was repealed some time ago?

And where are you going to put the bars and clubs—on Avenue B?

"And where are you going to put the bars and clubs—on Avenue B? "

too late, you can't stroll down ave B without stumbling into a bar. There's even a new one opening next to Revision.

Leave us not forget the late, supremely unlamented The Cock, which went in front of the CB#3 SLA committee claiming they were going to have a seasonal menu and a cruise-ship theme; they got signatures on petitions, had mocked-up menus, floor plans including a full kitchen, etc., they got approval and opened 3 weeks later as one of THE worst places on the Avenue, to the point where the police and the landlord were begging the CB to vote to revoke the guy's license...

Believe it or not local activists were able to stop the opening of so many full liquor licenses over the past five years.

As long as CB 3 SLA Committee member Ariel Palitz is still on board nothing will change. She is there to push through every single license. Now it's about upscale dining to parallel the upscale apartments and hotels.

Oops! I picked that right up from the Superdive invite!

One of my best friends lived at 167 Avenue A for years, back when the bar below was Starlight Lounge (and something else before that I don't remember). At the same time, I was above Stingy Lulu's. For close to a decade, my life was filled with drag queens, and it was pretty damned delightful.

@shanaelyse
Still living here. We loved Starlight Lounge. A lot has changed since then.

was it 'no tell motel' before starlight?