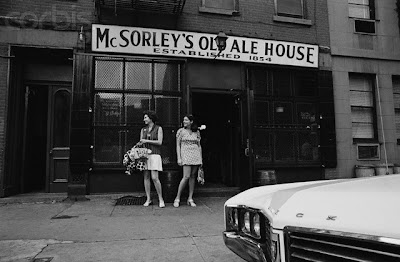 Hey, the bar on East Seventh Street is celebrating its 160th (or 152st!) anniversary… (There are some doubters about when McSorley's actually opened. Per New York: "Though McSorley’s claims it opened its doors in 1854, NYC historian Richard McDermott used public records to prove it really opened in 1862." Which means Lincoln never set foot in the place.)

February 17th is our 160th Anniversary. So c'mon in and help celebrate. We'll have a fine cut of a man on the squeezebox, another singing song and our civil war era sword behind the bar will slice everyone a fat piece of cake. Are you ready? 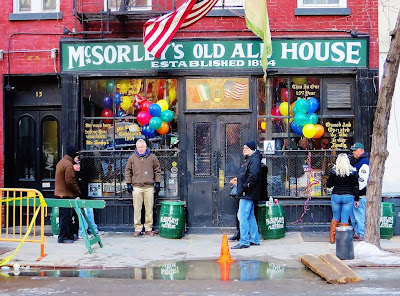 Previously on EV Grieve:
Happy 155th birthday, McSorley's (or not)

Lincoln visited NYC in June of 1862, so maybe he did swing by for a beer.
The war wasn't going well, he could have used a drink.