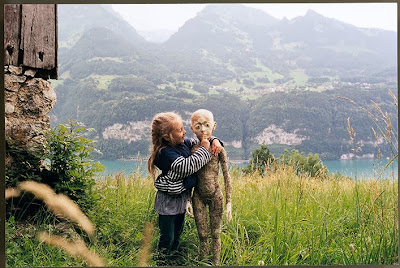 [A work by Paweł Althamer via The New Museum]

Beginning in February, the New Museum will present the first US museum exhibition devoted to the work of Paweł Althamer. Since the early 1990s, Althamer (b. 1967 Warsaw, Poland) has established a unique artistic practice and is admired for his expanded approach to sculptural representation and his experimental models of social collaboration. Althamer is predominantly known for figurative sculptures of himself, his family, and various other individuals within his community. Beyond simple portraiture, these sculptures, along with the artist’s other activities, highlight the complex social, political, and psychological networks in which he operates. “Paweł Althamer: The Neighbors” will be on view on the Fourth, Third, and Second Floor galleries from February 12–April 13, 2014.

For his exhibition, Althamer has initiated a coat drive for the Bowery Mission, the Museum's neighbor, which has been serving the homeless and hungry since 1879. For the duration of the exhibition, visitors bringing new or gently used men's coats to the New Museum will receive free entry. All the coats will be donated to the Bowery Mission.

Can I donate a coat without having to go see the "art"?

Given this winter, you would think the museum would've thought of something like that a few months ago.
I remember passing by on a Thursday "Free" Night, during a heavy snow in December. The line to get in was longer than the line to get in to the Bowery Mission.
I wondered what it would be like if the lines were switched and all the arty people got to spend an evening lounging at the mission..
and visa versa