The 139th, or so, Chipotle to open near or around Union Square 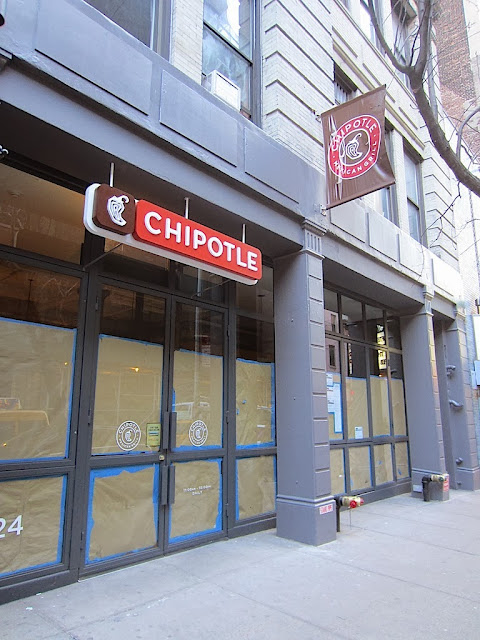 A Chipotle Mexican Grill is coming soon to 24 E. 12th St. just west of University Place. The space was last home to the Stand, a burger place that closed in May 2013, and at one time a Kinko's.

Our friend Alex at Flaming Pablum first noted this arrival on Monday night. As he wrote: "We need a Chipotle here like we need another bank branch."

According to the Chiptole website, there are seven other locations within a mile of here. (Twenty-nine within two miles.) A short few blocks from here there are locations at 19 St. Mark's Place, 117 E. 14th St., 55 E. Eighth Street, 510 Sixth Ave. … anyway, I'm rather indifferent toward Chipotle. Never tried their food.

But I have tried the food at Dorado, directly next door to the incoming Chiptole… 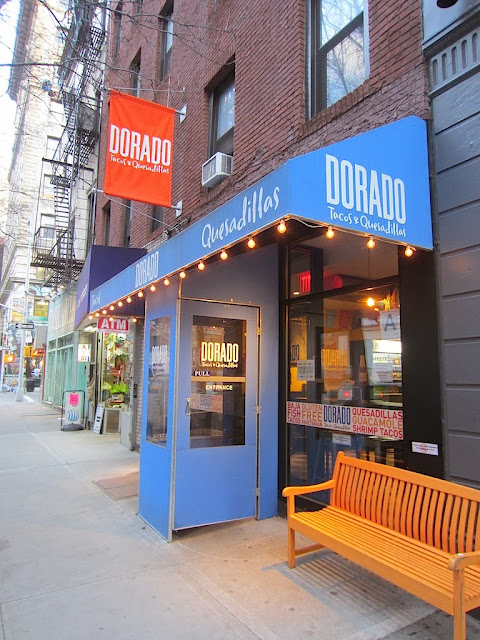 You can never have too much food with your salt.

Dorado is tasty! Go there!

They are going to put dorado out of business !!!

There's no need for so many in such close proximity, but, in any event, the steak burrito is pretty good.

Gringos mangle the word chipotle all the time, but "chiptole" is a new one. I like it. Most people err on the side of "chipol-tee". Personally my favorite bungling of the word is "chip-odel".

Wow, that's a lot of Chipotle's.
Dorado is DOPE I recommend it.

Greive it would be great if once it opens you did a story where you ask the owners of Dorado if it has affected their business. Maybe it will increase business, who knows!

How rude of Chipotle to open right next to a great, local, fresh establishment! Dorado forever.

i can't comprehend the idea that someone hasn't had Chipotle

They should have just opened one of their new Shophouse Kitchens here. I like Chipotle, but this is a bit much given their saturation in the area.

I'm going to eat a burrito at all 139, blog about it, fund the whole thing with Kickstarter, then sell the book rights. See ya!

I can't comprehend the idea that people actually eat at Chipotle.