Ferguson protests in the East Village and Lower East Side 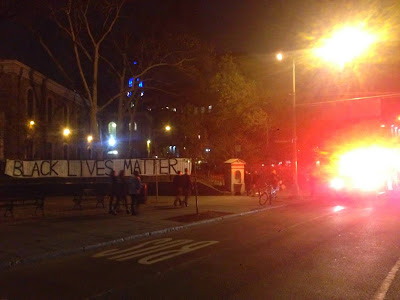 For the second straight night, people took to the streets to protest a grand jury's decision not to indict Darren Wilson in the shooting death of Michael Brown in Ferguson.

There were reports of solidarity protests around the city. (There were several arrests throughout the city, though the number varies by media outlet.)

Protesters marched from Union Square through the East Village and, according to the Times, "hopped a barricade onto F.D.R. Drive." 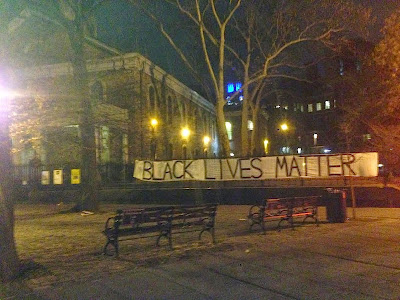 Here's a snippet of video showing protestors heading east on Fourth Street at Avenue A...

BoweryBoogie and The Lo-Down have photos and reports of the protestors on Delancey Street.

Here is footage from East Houston via GammaBlog…

IMO poverty is the common thread to these injustices and not just the race of the victims although we still have a long way to go on that front. The poor are victims of crime more than the wealthy and are singled out as perps due to the color of their skin. I support these peaceful protests.