Native Bean is on the move 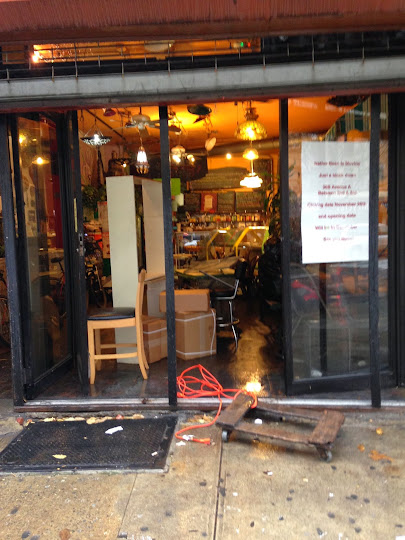 As previously reported, Native Bean is moving from 50 Avenue A to 36 Avenue A... which is all good, except for that DOH closure a few days ahead of time.

By Wednesday, though, workers had already started taking apart the space between East Third Street and East Fourth Street.

Signs point to a Dec. 1 opening at the new location.

Native Bean will be moving on Avenue A
Posted by Grieve at 5:20 AM

The guys who work here are so nice!

Best of luck, I hope the new location is a success!

Yeah, the guys there are nice... to a certain types of people, i.e. the types that are moving-in now, but they're not nice to a 'native'.