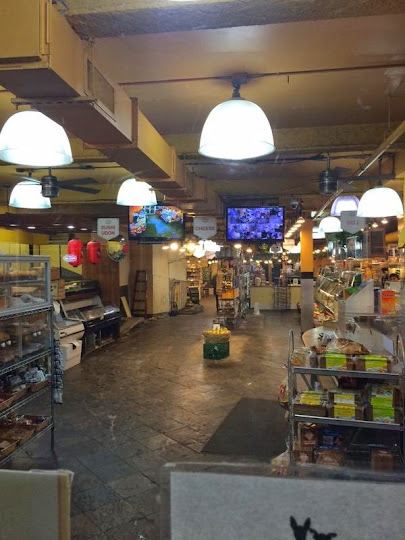 That's it for the market at 28 Avenue A between East Second Street and East Third Street. Several readers spotted workers removing contents of the store last evening… workers on the scene confirmed that they were shutting down in a few hours.

We first reported the impending closure on Nov. 10. At the time, the closing date was still unknown.

The shelves were getting empty during our last visit on Friday… 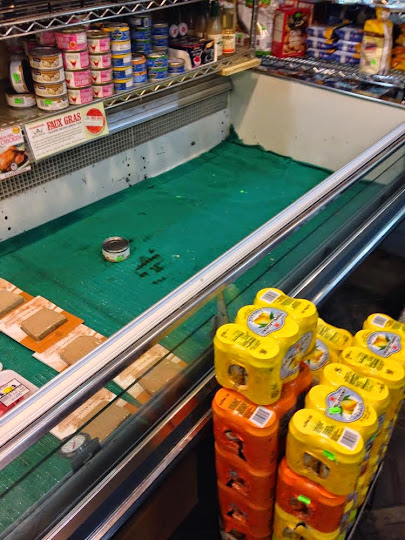 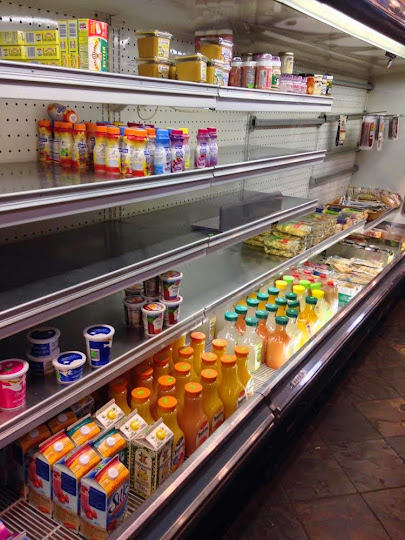 We didn't hear any official reason for the closure. One worker claimed that it was because of the New York Sports Club opening soon in the building's upper floors.

There is a Gracefully on First Avenue in Stuy Town … and one remains under construction on East 23rd Street.

Previously on EV Grieve:
Gracefully is closing on Avenue A
Posted by Grieve at 5:10 AM

Email ThisBlogThis!Share to TwitterShare to FacebookShare to Pinterest
Labels: Gracefully

I *think* there is signage for an incoming Gracefully on 8th St & 5th Ave....someone might want to confirm that

I too saw a Gracefully sign on 8th St. a couple doors east of 5th Ave.

If the 5th Ave information is correct then that says a lot that 8thSt &5th Ave is a better deal than Ave A.

Any recommendations where I can get a cheap, decent egg & cheese and a cup of coffee and sit/stand in the front window and people-watch? Low price is important, and I don't need nor want anything highfalutin either - no "small batch" fussy nonsense.

Woah had no idea this was coming! I love Gracefully. It was my go-to place for the best fresh fruit and sushi ... who wants to make a bet that a NY Sports Club juice bar is coming downstairs ...

You made a funny misprint, you said "best sushi," obviously meant "worst sushi." I had to throw mine away, not because the fish had gone off, but because it was poor quality and had been cut with a chain saw, so no taste, no texture. I never would have thought that sushi could be so bad, but there it was, heavy and lumpish.

Not good that they're gone, but Union Market has generally better stuff (the worst pernil - they call it "roast pork" imaginable, though) for cheaper, admittedly with a way more obnoxious atmosphere (jazz loops, etc).

This was my quick go-to for good bad decisions... Midnight sushi (who's counting quality when you've been drinking?), 2pm breakfast sandwich, etc.

The nice woman behind the counter said they were closing b/c of slow business. She never mentioned the gym. It's been much emptier in there since union market opened... Sad day.

I was totally shocked as I went to Gracefully for one of their delicious deserts this evening... To find the place dark and mostly stripped clean. I was so shocked I just stood there in the middle of the sidewalk gaping for a number of minutes. What a loss. I for one appreciated their ready to go packs of sushi.. As well as salad bar and easy acquisition of coffee, as in get it yourself... Easy in and out. I live right around the corner. I am very sad.

Yup exactly. Union market beat them on the quality front.

I'm going to miss the sushi counter. Wasn't half bad and nothing like it around

The main attraction was the 24hr nature of the place, which had stopped a few weeks ago (they were closing at 11). 3 weeks ago I really felt like maybe the place was going to close soon when the late nights ended.

They had some really weird stocking going on, very inconsistent avail of items (no it wasn't seasonal). Prices were ok on some things and criminally expensive on others.

I will miss it to some degree. But damn, I made expensive and weird nutritional decisions there.