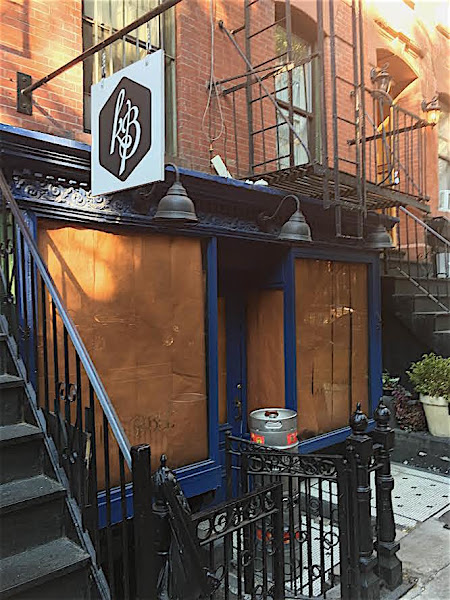 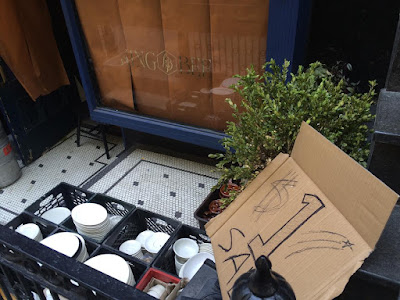 We'll see. A tipster tells us that new owners already bought the space and are planning Korean BBQ.
Posted by Grieve at 4:27 AM

New restaurant under construction is called Thursday. They seem to be moving quickly. It is definitely Korean. Might be Korean-French.

I had no idea this place existed, although I occasionally walk through 9th street if I spotted it I had no idea what kind of food was served there. Being of French - Canadian ancestry I would have loved to go there. Perhaps it is gauche but perhaps the next restaurant should tell passersby the cuisine in the signage.

Ditto @7:59. I'm also of French Canadian heritage and definitely would have tried if out if I had known it was Acadian....

Croman building! Why would anyone move into one of their store fronts anyway

Liked that place and the owner was nice, like the place before it also. Shame. But wtf on the Friday sale... I need new plates and stuff, walked past when they hand all the stuff in crates but didn't see the sign:(

It's gotta be the landlord. When a retail location turns over constantly, it can't be the businesses. 1-2 maybe? But all?

Love the responses here whenever a new ethnic cuisine restaurant opens, especially if it's something Asian.

wouldn't blame the landlord as much as the market for restaurant spaces. the cost of a space this large is tough for any business. would need to be full every day of the week. an none of the recent (7 years?) tenants were even close.

Didn't realize there were so many fellow Canucks around.

My wife and I ate there a number of times and it was a good place, although perhaps a bit niche-y as a concept. There were fewer and fewer people dining there every time we went back. Best of luck to the owners...

Such a shame. I was sad when Exchange Alley closed; loved that place too. The problem is that these places were pretty much exclusively known to east village locals, which is why they were never packed. Outside of my EV friends, nobody had ever heard of these places. I wish that they had invested in publicity so that we wouldn't have a Korean BBQ moving in. What a waste that such a gorgeous space is going to that. Before we know it, 9th street is going to look like St. Mark's now, which has become a hybrid of Canal Street and Garment district.