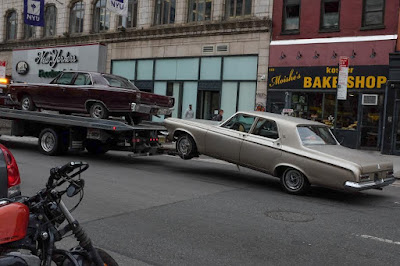 EVG contributor Derek Berg spotted some of the vintage cars used for filming "The Deuce," HBO's upcoming drama series starring James Franco and Maggie Gyllenhaal, in parts of the neighborhood today (like on Seventh Street)... 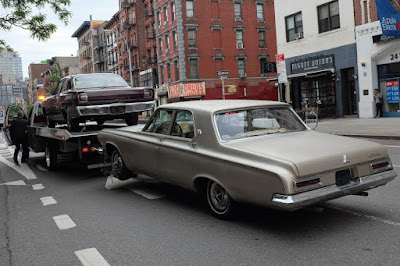 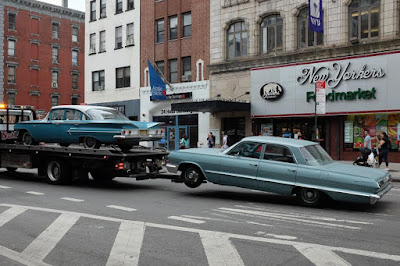 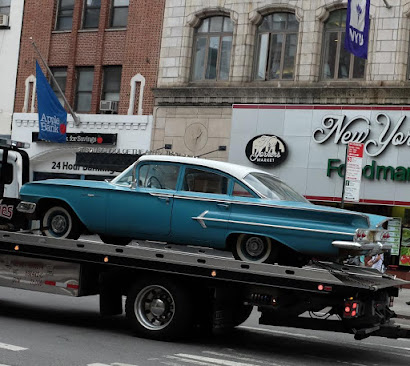 And are some props from Seventh Street between First Avenue and Second Avenue ... 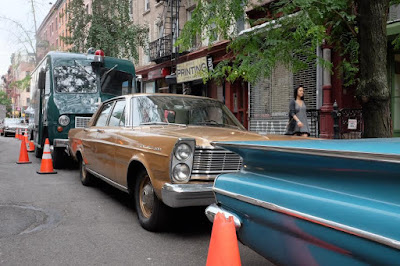 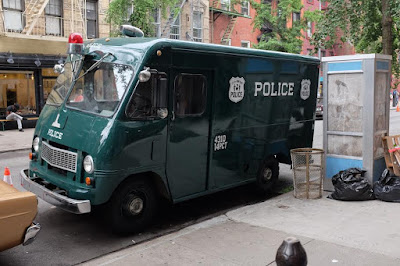 I am really hoping this will be good.

Ohhhh, sweet. Those babies are from the days when cars were CARS, not ticky-tacky little metal boxes on wheels that all look the same.

And we liked it that way; we loved it!

I hope this show is not an endorsement for Rudy and Bloombergs Disney make over of our city. Yes there were a lot of fucked up things but there was also a cultural and artistic explosion in those years, something NYC will never see again.

I think these guys painted over the excellent Yauch mural at 7th near 1st Ave. Does anyone know anything about this? I was shocked to see it black. Is it gone gone?

@9:44
it wasn't them, the artist painted it black as some dick with a marker covered it with scribbles, excuse me... his lame tags.

@5:10
Thanks. Damn I want to punch that lame tagger. That mural was the best. What kind of loser would tag over an MCA tribute?

You can see some "rat rods" here: skeetmotis.blogspot.com

Any word of a Vanessa Del Rio cameo?