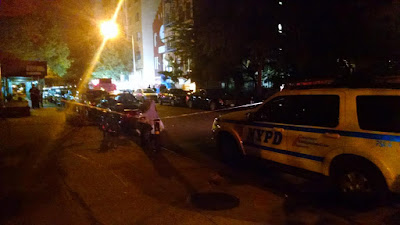 An EVG reader shared these photos from early this morning after a man was shot once during a confrontation at the Bracetti Plaza on Fourth Street near Avenue C.

According to published reports, there were three shots, with one hitting the 22-year-old victim in the stomach around 2:40 a.m.

Police said that the man got on his bike and road toward his home and was stopped and helped by housing police at Avenue D and East 8th Street.

The victim hasn't been cooperating with investigators, police said, and no description of a suspect was available.

The victim is expected to survive the shooting, police said. 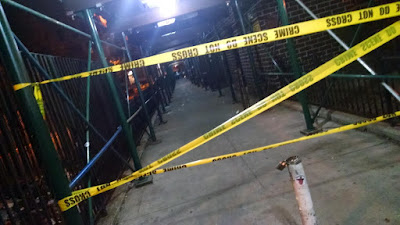 Nobody better say this used to be such a nice safe neighborhood.