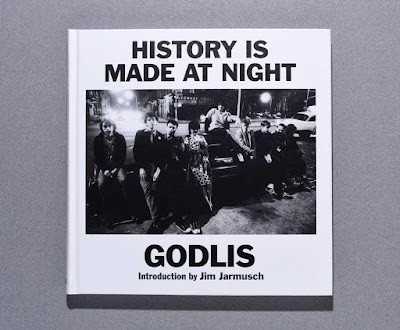 East Village-based photographer David Godlis has a new book, "History Is Made at Night," which chronicles the heyday of the scene at CBGB between 1976 and 1979.

There's a publication party tomorrow night with a slideshow and talk at 7 in the Howl! Happening space, 6 E. First St. between Second Avenue and the Bowery.

In a special airing Friday from noon to 2 p.m. (ET), Godlis will be my guest during an East Village Radio program. We'll be joined by Marc H. Miller, co-curator of "Hey! Ho! Let's Go: Ramones and the Birth of Punk" going on now through July 31 at the Queens Museum. We might talk about the Ramones.

Godlis will also be out at the Queens Museum on Saturday for a day billed as Ramones Mania. Details here.

Will your program be re-run? I'll be at work when it airs Friday and won't be able to listen!

The program will be rebroadcast several times during the weekend... I'll post the times here as soon as I hear!

Excellent! I am very much looking forward to this.

Are there any shots of Gringo aka Spacely

Woooo Gringo that really throws it back