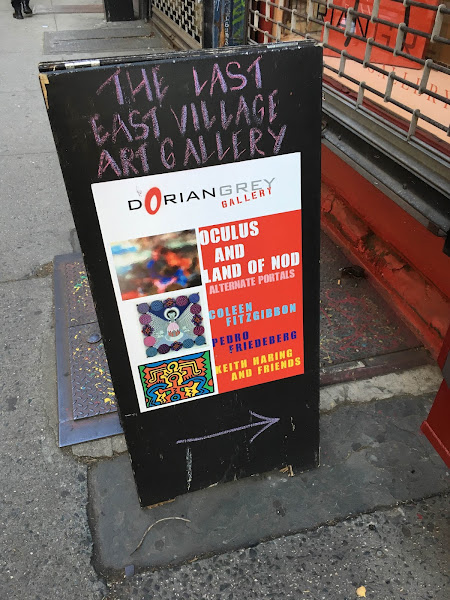 The gallery, which focuses on street art/graffiti and the pioneers of the 1980s New York art scene, is leaving their East Ninth Street space after six years.

There's a send-off event this Wednesday... 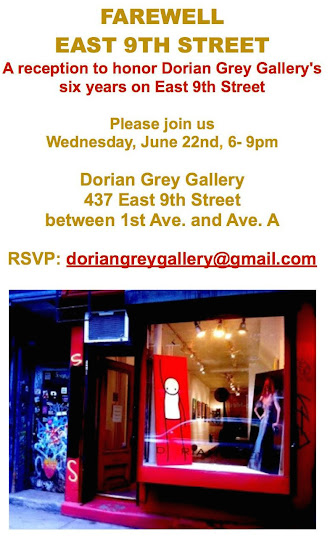 Back in March, we heard that the gallery was on a month-to-month lease after Benchmark Real Estate Group became the landlord of No. 437 here between Avenue A and First Avenue. And now they are closing. There was discussion on Facebook that the asking rent more than doubled.

"We're terribly sorry we weren't able to come to an agreement with the new building owner," she said via email.

Perhaps the gallery will look elsewhere for a space in the East Village?

"We've not yet decided what the next chapter will be," she said. "We have a pop up gallery in Watermill for the summer and will gather our thoughts about the future in the autumn." 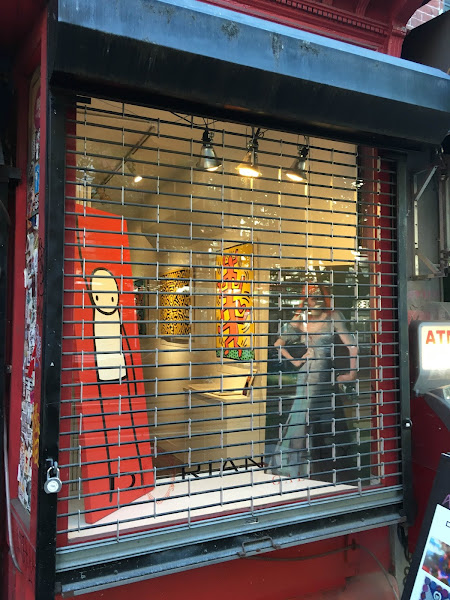 Will there really be no art galleries left in the East Village once this one closes or is that hyperbole?

@6:09 AM: Hyperbole. There's Kenkeleba Gallery, Umbrella Arts, and others I've passed in my wanderings...

kinda sad too after giant robot the previous gallery closed

The real estate vultures can cross off 'art galleries' from their list of neighborhood perks. Ironic since they're the ones who are single handedly responsible for forcing them out.

"The real estate vultures can cross off 'art galleries' from their list of neighborhood perks. Ironic since they're the ones who are single handedly responsible for forcing them out."

I could not have said this better!

Wish I had money to buy some of the currently exhibited art. Some nice pieces in there. These rent hikes are totally insane, but we all know that.

Noooo!!!! Love that space and the people who work there. Gracious and generous with their time. Always willing to discuss the work to children and young artists. Such a loss for the EV.

Landlords have decided that 9th street should be filled with empty store fronts--ICON started the trend, instead of the vibrant marketplace it once was

It's sad to see it go but they also worked closely with that last attempt from ICON to look like a community-positive based group. Maybe they can employ some artists to make it look pretty after theyre gone ?

This is a tremendous loss to the EV. Great place. I hope they find a new space soon!

@11:49am: "that last attempt from ICON to look like a community-positive based group."

Yes, exactly accurate: It's Icon's ATTEMPT to LOOK LIKE something good for the community, whereas most of us know Icon is only out for itself. I pretty much dismiss immediately anything Icon does that they claim is for the "community."

I might change my mind IF Icon ever genuinely showed any interest in anything that isn't about their own bank account, but I think hell will freeze over before that happens. If Icon cared about the community, Stage Restaurant would still be open for business.

How many art galleries will be left in tbe East Village after Dorian Grey Gallery closes?

who is Benchmark ? Not really heard of them before? A new Icon or Croman?

Very sad. A real loss. Thank you, Dorian Grey, for being a positive neighborhood asset while you were here. Thank you.

Sorry to see this Gallery close. They were great!!They will be missed.
Melanie
East Village Corner

What happened to the Kenny Scharf gate that was up for a little bit..

Benchmark bought my building in 2010 for 9 months before painting it and selling it to kushner. They've been around.