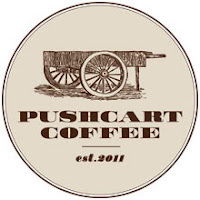 Jamie Rogers, the co-owner of Pushcart Coffee, which has locations in Chelsea and Gramercy Park (and formerly in the East Village), was elected to lead CB3 during Tuesday evening's full board meeting.

The Lo-Down has the details:

Rogers succeeds Gigi Li as board chairperson. She wasn’t able to run for a fifth one-year term due to CB3’s term limits.

It was a reportedly contentious meeting prior to the election. Housing advocates arrived to protest "the board’s handling of a community-based Chinatown rezoning initiative," per The Lo-Down. As DNAinfo reported, CB3 officials "called in police officers to keep the peace."
Posted by Grieve at 3:26 PM

Careful what you wish for. Poor bastard.

Someone new just might pay a little attention to what is going on the neighorhood instead of sitting in an office listening to jibber jabber about nothing important.

His first act is to grant full liquor license to his business.

LOL. Thats what I thought too. How many bars will he open?