Secara has not been open lately on 4th Street 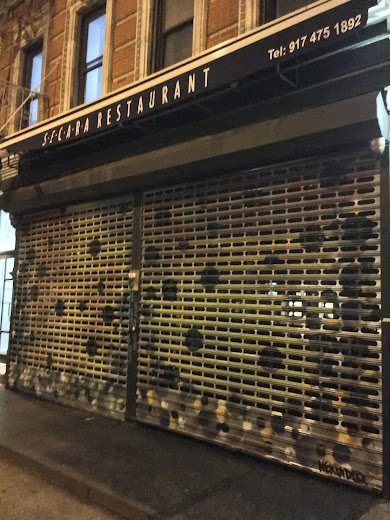 Secara, the family-owned Latin-American restaurant on Fourth Street, has been dark of late. A neighbor notes that the gate has been down for the past two weeks. The phone goes unanswered. There haven't been any updates to Secara's Facebook page since a post about "bottomless brunch — $15 two hours all u can drink!!!" on Dec. 16.

The restaurant between Avenue A and Avenue B opened in July 2015. It took over the space at No. 234 from The Cardinal, the Southern-style restaurant that closed after nearly four years in March 2015.
Posted by Grieve at 4:04 AM