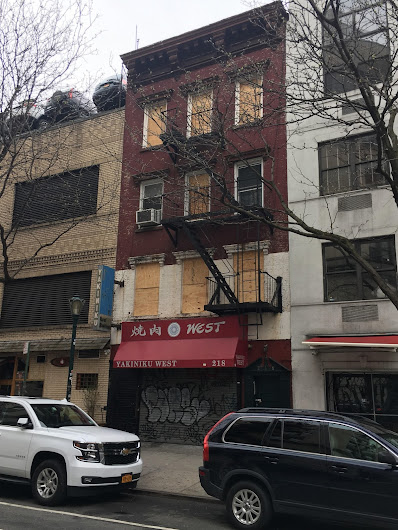 
A fire official said the building is now "unlivable." The address houses Yakiniku West, the Japanese steakhouse, and three apartments. Previous reports said that five adults and one child were displaced. No one was injured.

Here's more via The Villager:

Two families were said to occupy the upper floors but were not there when the Red Cross arrived, according to spokesperson Michael de Vulpillieres. The Villager spoke briefly to the owner of Yakiniku West on Sunday evening, shortly after he emerged from the building’s blackened first floor with several associates. Asked when his restaurant would open, he said, “in two months,” and abruptly walked away, declining to give his name.