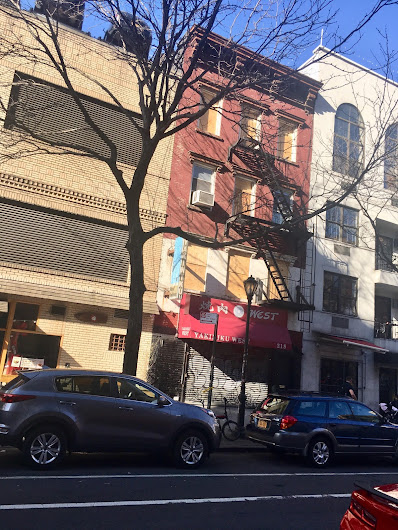 In case you missed this news from Saturday afternoon... when a two-alarm fire broke out at 218 E. Ninth St. between Second Avenue and Third Avenue.

FDNY officials told reporters that the blaze likely started behind a refrigerator in a second-floor apartment.

A fire official said the building is now "unlivable." The building houses Yakiniku West restaurant on the first floor and three apartments

No word on when (or if) Yakiniku West, the restaurant specializing in cook-it-yourself Japanese BBQ, might reopen. There weren't any messages on the restaurant's Facebook page or website. Calls to the restaurant go unanswered. 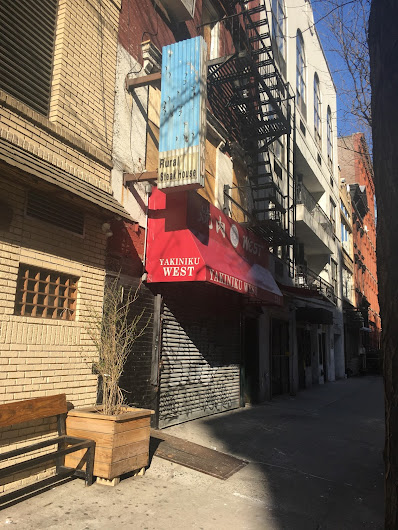 CBS 2 reported that 25 units with 106 firefighters had the fire under control in about 90 minutes. Nearby residents on the block applauded the FDNY's efforts, containing the fire and keeping it from spreading to the parking garage next door. No injuries were reported. 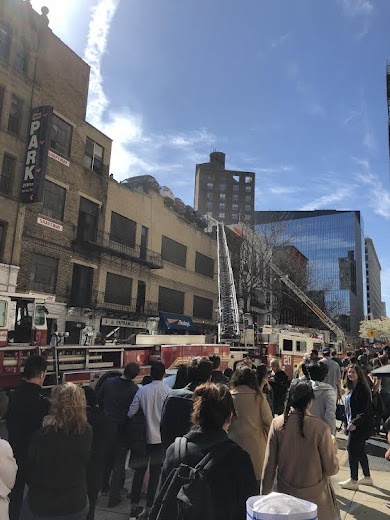 [Photo Saturday by Steven]
Posted by Grieve at 4:15 AM