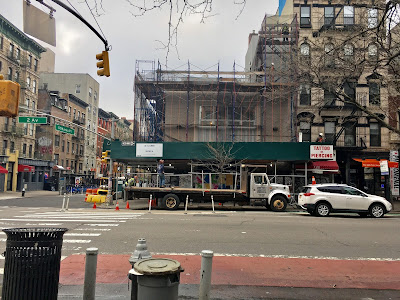 Back on Saturday, workers removed the sidewalk bridge and scaffolding from around the former Chase branch on Second Avenue and St. Mark's Place... 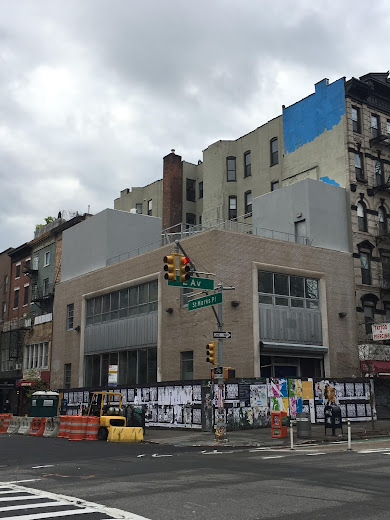 ... the future home of the Swiss Institute... 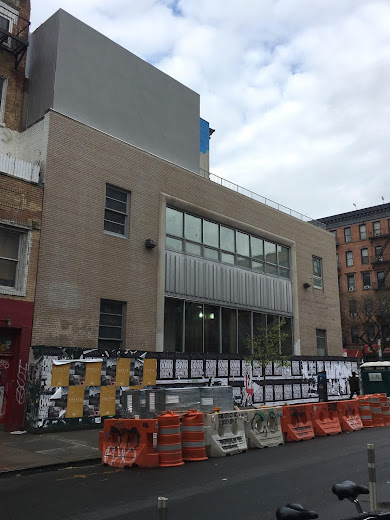 As previously reported, the nonprofit cultural center will open on June 21.

And via a news release:

The inaugural exhibition is titled "Readymades Belong to Everyone," marking the 3rd edition of SI’s Annual Architecture & Design Series. This exhibition is curated by Fredi Fischliand Niels Olsen, directors of exhibitions at the Institute for the History and Theory of Architectures at ETH, Zurich, and will track a history of exchange between artists and architects employing found objects associated with urban space.

The revamped building will create spaces for exhibitions, projects and public programs ... as well as a library, bookstore and rooftop garden. 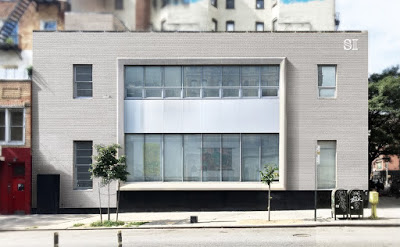 [Rendering via the Swiss Institute]

Previously on EV Grieve:
Swiss Institute moving into the former Chase branch on 2nd Avenue and St. Mark's Place
Posted by Grieve at 4:00 AM

Amazing that they're not showing us an 8-story luxury condoplex—yet!

I look forward to seeing what the future Swiss Institute has to offer; maybe they'll even give yodeling classes!

Unlike the 600 noodle restaurants opening this year in the EV I am excited about this place.