No Malice Palace is closed again 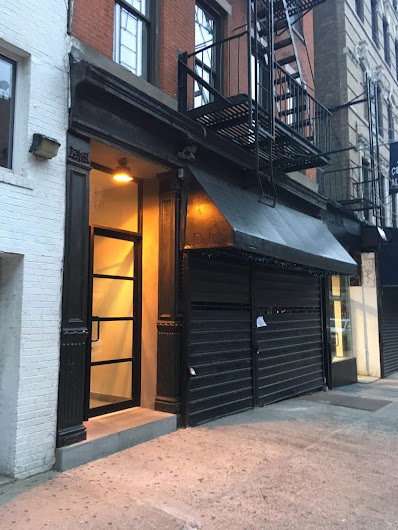 No Malice Palace, the bar on Third Street just west of Avenue B, has been dark of late... a sign on the gate notes that they are "closed until further notice" ... 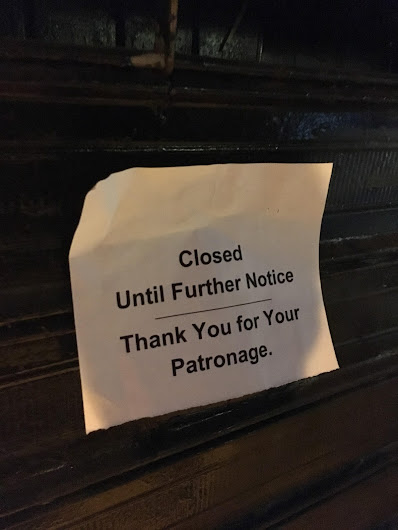 Owner Phil Sherman died right before Thanksgiving 2016... various signs on the gate early last year noted that they would reopen, but were just "waiting on legal things to happen."

NMP remained closed until early December, when it emerged as a pop-up holiday bar called Donner and Blitzen's Reindeer Lounge. No Malice Palace returned then in January ... and was in service until at least the second weekend of April, according go to various social media posts.

According to public records at the State Liquor Authority, the No Malice Palace liquor license expired back on Jan. 31.

The building that housed NMP, 197 E. Third St., is also on the sales market for the second time in three years.
Posted by Grieve at 4:00 AM

Email ThisBlogThis!Share to TwitterShare to FacebookShare to Pinterest
Labels: No Malice Palace

Good, fuck that place. It was never allowed to be a club as it became. It was supposed to be a restaurant, according to records. They didn't give a fuck for so long, on a residential block, so good riddance.

What's the latest on this? Did a new place open up here?