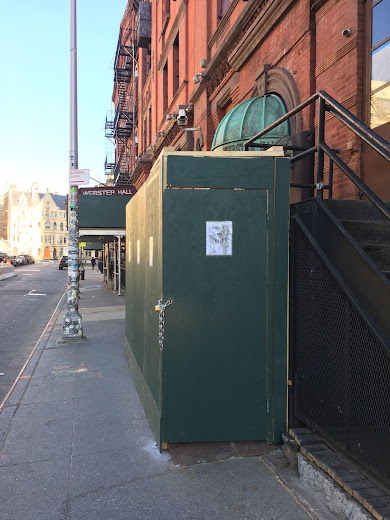 OK, so it's not much... but the plywood arrived this past week at the eastern entrance of the former Webster Hall on 11th Street.

As previously reported, the new owners of the landmarked building, Brooklyn Sports and Entertainment, along with AEG-backed The Bowery Presents, filed permits in December for interior demolition and structural work to renovate the facility and make it ADA compliant. The city approved those permits last month.

There hadn't been much, if any, sign of activity here between Third Avenue and Fourth Avenue... except for the placement of the approved work permits... 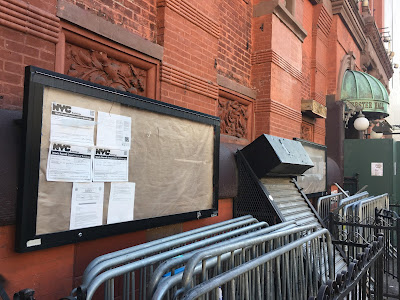 ... and that whole marquee-almost-falling-down thing.

Some reports suggest that the new concert venue won't be ready until 2020. Billboard reported that there may be a name change here too.

Webster Hall closed last Aug. 10. Brooklyn Sports and Entertainment and The Bowery Presents bought the building from the Ballinger family for $35 million last spring.
Posted by Grieve at 4:20 AM