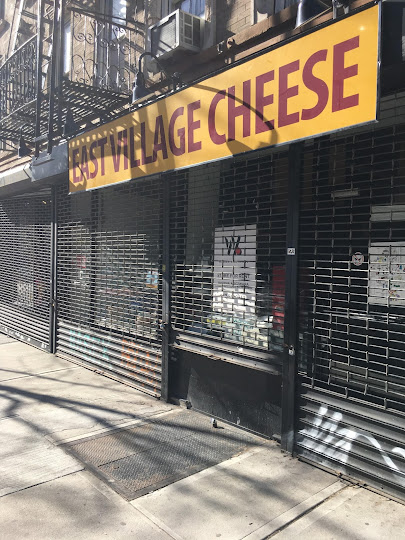 A for rent sign now hangs in the front window at the former East Village Cheese, officially bringing an end to the shop's two-plus years at 80 E. Seventh St. between First Avenue and Second Avenue.

EV Cheese quietly closed in early December. On Dec. 21, co-owner Lobsang Tsultrim was spotted at the storefront along with a Remove All My Junk truck. Before some of the perishable items had been discarded, the aroma of ripe cheese had been noticeable in the adjacent storefront.

Earlier this month, an EVG reader spotted workers hauling trash bags from the building's basement. The reader said that the smell of cheese — possibly from the content of the bags — was noticeable coming up from the sidewalk cellar doors... 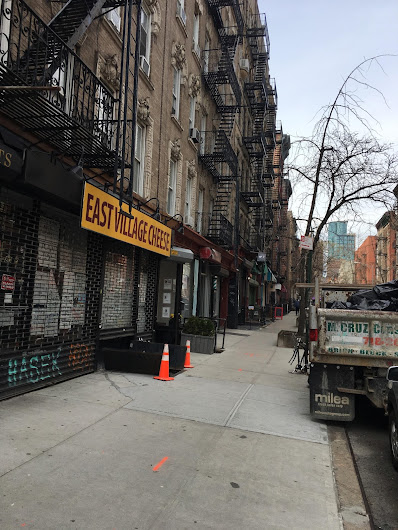 The nonpayment of rent notice has arrived at East Village Cheese

Concern for East Village Cheese Shop
Posted by Grieve at 4:30 AM

I cannot believe they left cheese in the basement for four months, that is absolutely disgusting. Shame on Lobsang Tsultrim, he ran this place into the ground and then walked away from his responsibility to clean it up.

Businesses close all the time, but this one still makes me sad . . .

Really a sad ending. When located on Third near East 9th, this was a great stop along the way to where ever I was going. Cheese at bargain prices plus coffee and a fresh roll or two. Definitely part of a vanishing NY we will not see again.