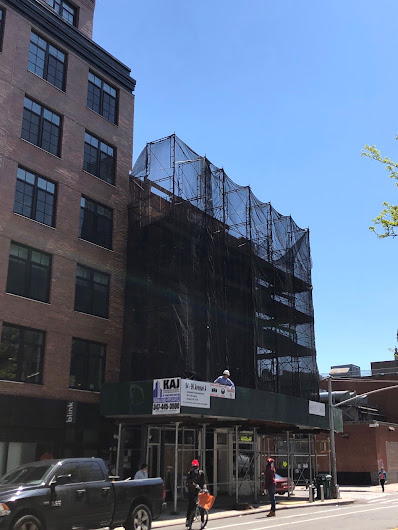 Workers were spotted starting last Thursday at 94-96 Avenue A, the building on the northeast corner of Avenue A and Sixth Street. 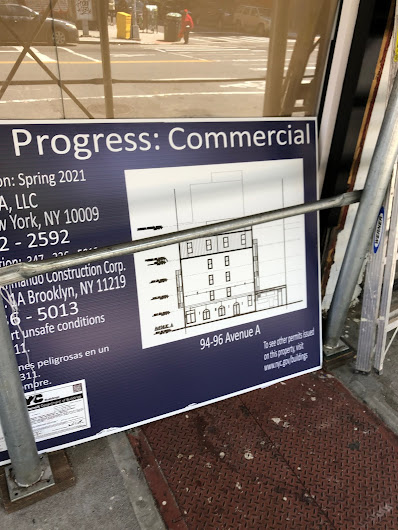 That work is underway, as you can hear the sound of jackhammers coming from the roof. And this work is apparently considered essential in the eyes of the city... the Essential Active Construction Site lists this address under the sub-category of "essential facility" and "affordable housing." To date, there hasn't been any public announcements about an affordable housing component here...

A bar-restaurant called August Laura opened in the building's retail space last October. They are currently closed during the COVID-19 outbreak.

• The building housing the former Sidewalk sells on Avenue A
Posted by Grieve at 5:10 AM