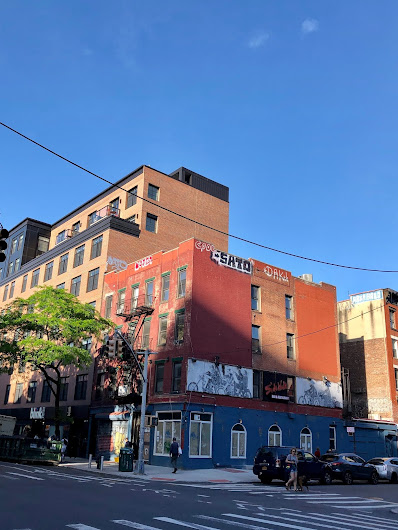 The new owner of 96-98 Avenue A has filed plans with the city for a one-floor extension at the building that previously housed Sidewalk Bar and Restaurant.

Plans were filed with the Department of Buildings (H/T to the tipster!) back on Friday for the expansion, which will see the building at Sixth Street go from four to five floors.

Despite the expansion, the taller No. 96-98 would have 10 residential units instead of the current 11. The filing also shows that there are plans for a roof deck.

As we've been reporting, a new bar-restaurant is in the works for the ground floor. (Details are scarce.) The Sidewalk, with a long-standing open-mic night, closed in February after 32-plus years in business.

Workers have gutted the former Sidewalk. Here's a look inside the space the other day... 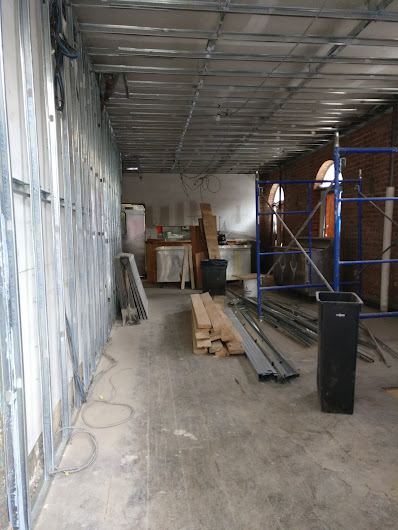 Penn South Capital closed the deal for 96-98 Avenue A for $9.6 million back in March. The listing for the property had stated that the floor area ratio allowed for one more floor to be added to the building.

Pini Milstein was the principal owner of the building as well as the operator of the Sidewalk. Parag Sawhney, founder of Penn South, told Patch in early April that Milstein decided to retire.

As for the new landlord's plans for the building (aside from the extra floor): "We have a new restaurant tenant that will keep the open mic tradition alive. We love the East Village and believe in preserving what make its so special."
Posted by Grieve at 4:30 AM

Email ThisBlogThis!Share to TwitterShare to FacebookShare to Pinterest
Labels: 94-96 Avenue A, Sidewalk Bar and Restaurant

no residential space? another tech hub? rezoning for a small hotel? is Ave A going to be the next 3rd Avenue?

You gut renovated the place. I'm sure it will not have such a great vibe, sadly. More sterile shit. But hey, maybe not!

The music venue will be a club on the weekends. I wouldn’t be surprised if there is access to the roof top via the bar and we have a roof top bar on Avenue a. This bar takeover seemed to be a bait and switch and this just adds a layer of incredulity

"Roof deck" is really just a euphemism for "outdoor party space for our drunk patrons / tenants". This growing plague is something that really needs to be looked at by our City Council; last weekend, some frat bozos on the party deck at 329 East 10th Street managed to clamber on to the roof of the TSP Library next door; I took pictures and am going to the library this weekend to alert them to what happened.