An update on the former Moishe's Bake Shop 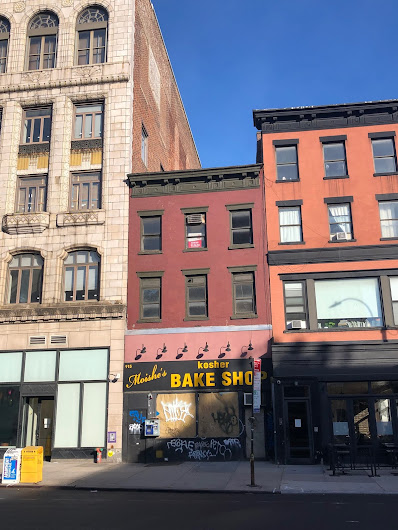 The other day, EVG contributor Derek Berg ran into Moishe Perl, owner of the now-closed Moishe's Bake Shop at 115 Second Ave. near Seventh Street. (The two have known each other for 30-plus years.)

Perl told Derek that several bakers are taking over the shop, where they will serve a variety of baked goods as well as coffee. He said that they may call the new venture Formerly Moishe's.

Perl also said that he'd stay on in some capacity, though his hours at the shop would be limited. 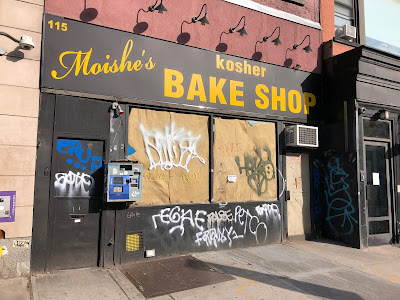 Some background: On March 5, Perl announced that he was retiring after 40-plus years. By the next day, the shop was closed.

There were rumors after the closure that the building was sold. But that wasn't the case. In December, investor Jay Schwimmer picked up a 21-year lease for the entire three-story building with the option to buy it from Perl, who has been the owner since the mid-1970s, per The Real Deal. (There's nothing in public records indicating a sale — just a memorandum of lease.)

In any event, the closed-for-renovations narrative lines up with previous stories at Gothamist and Eater.

Meanwhile, there's a small "for rent" sign in the third-floor window... 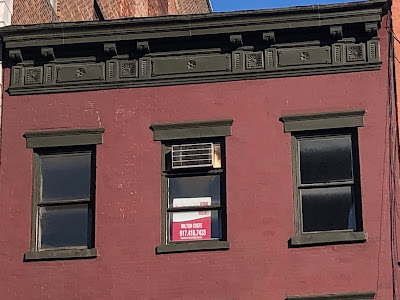 It's not known what, exactly, is for rent. Is this being pitched for office space? A residence? (As far as I know, Moishe's had an office and facilities upstairs.) The agent at Keller Williams whose name is on the sign didn't respond to a request for more information.

According to the East Village/Lower East Side Historic District Designation Report, the Greek Revival building (with Queen Anne style alterations) dates to 1842-43 as a one-family row house. The storefront was likely added in 1908. Moishe's has been here since 1972 or 1974 or 1978, depending on the source. (Check out Off the Grid for more history of the building.)

Finally, as you'll notice, people keeping tagging the storefront. There's a sign now on the front door that reads: "Warning. Store was equipped with security system. Pictures of graffiti perpetrators have been turned over to police."

The sign hasn't been too effective, from the looks of the growing number of tags. 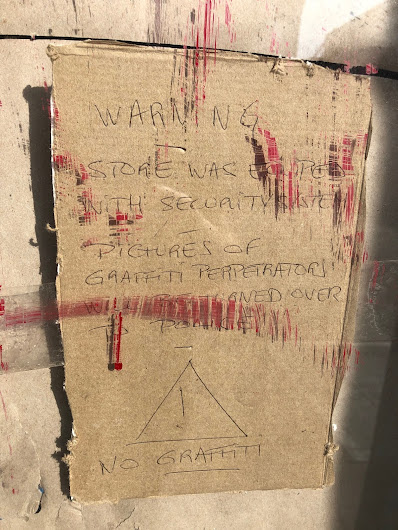 Previously on EV Grieve:
Claim: After 40-plus years, Moishe's Bake Shop has closed on 2nd Avenue
Posted by Grieve at 4:35 AM

Sorry Moishe, but we have been hearing too many different stories about what's actually going on, and none of them seem to make any sense. You apprently let your loyal workers go with little or no notice, so your loyal customers couldn't even come by to say goodbye and leave them a nice big tip. It seems like all of that loyalty people had for Moishe's was for naught.

The storefront now looks like a bombed out abandoned building, just like the East Village of old. This store closing never even had to happen since you still own the building. It was a choice, and by all appearances, it was not a wise one.

Yes, for unknown reasons Moishe is sending out confusing messages. Of one thing we can be reasonably sure, no one is going to call a new bakery "Formerly Moishe's."

This is a lesson in how to turn trust into distrust in one or two easy actions.