The Blind Pig wraps up 13 years on 14th Street 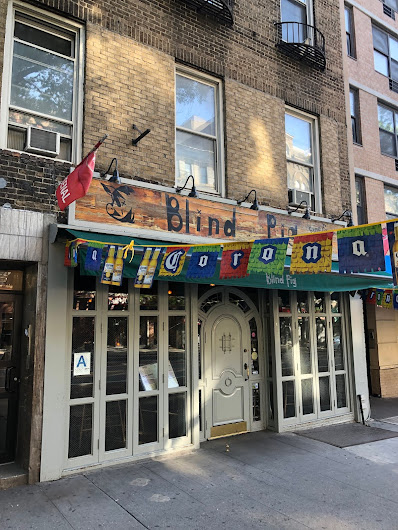 As previously reported, the owners of the 13-year-old Blind Pig were hit with an untenable rent increase.

There's a Loopnet listing for the space between Second Avenue and Third Avenue. The asking rent is $300,000 annually — $25k per month.

The closing festivities Saturday night included a set by the house band "previously called A Buncha Guys, now called: F*ck the L*ndl*rd," per the Facebook invite.

Public records list the landlord as the Berliza Corp. 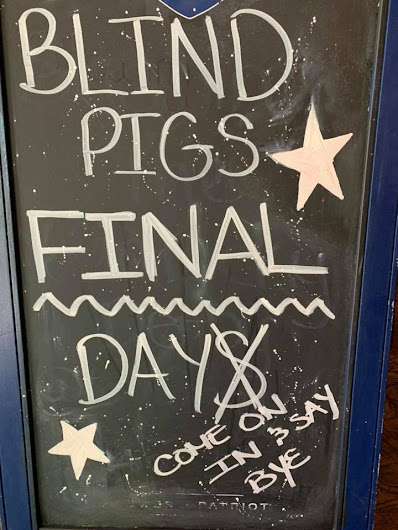 Previously on EV Grieve:
The Blind Pig is closing on 14th Street following 50% rent hike
Posted by Grieve at 4:02 AM

Email ThisBlogThis!Share to TwitterShare to FacebookShare to Pinterest
Labels: closings 2019, The Blind Pig

Another victim of death by landlord. How long will this store front remain empty now? There seems to be some construction activity over at the short lived Lumos space on 12th and 2nd ave.

Many memorable mornings in there watching the Gunners.

@11:27am: You mean how long before another bar opens at that location? Probably not too long; they'll just charge more for their booze & food.

There were workers starting to clear out the space this morning.