The former Thaimee Table space is for rent 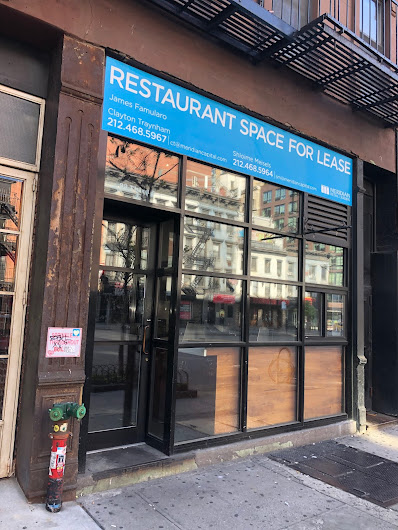 As we reported on May 10, the Marshal had taken legal possession of the space. However, Chef Hong Thaimee's business partner, Matt Bruck, said in an email that they planned to reopen this past week.

Unfortunately, that didn't happen. The space has been emptied out. There isn't any mention of a closure on the Thaimee social media properties. The restaurant's website is now offline. Bruck did not respond to an email about the closure.

Chef Thaimee, who previously worked in the kitchens at Jean-Georges’ Spice Market and Perry Street restaurants, opened Ngam in 2012 (The Village Voice named Ngam NYC's No. 1 Thai restaurant in 2013) ... the restaurant was later renamed Thaimee Table.

The Marshal's notice remains on the front window of Thaimee Box, the quick-serve option around the corner on 13th Street near Second Avenue. That space hasn't been open in months, according to a reader who lives nearby. 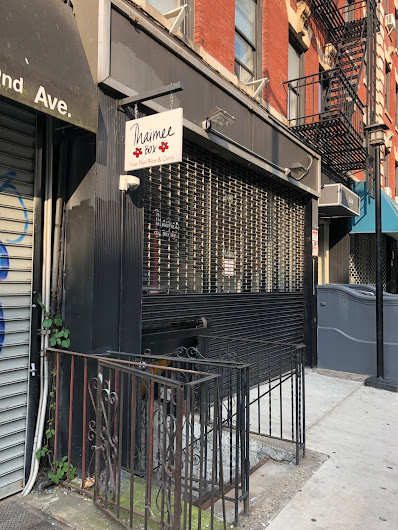 This is not a surprise. Their little outpost on 13th has been shuttered for almost a year. I noticed business has dwindled for some time now on the third avenue location. I honestly don't know how anyone can operate a restaurant in today's culture and expect it to go anywhere unless the owners are independently wealthy. Sadly, in the end, it is always about money.