A broken window at Ray's 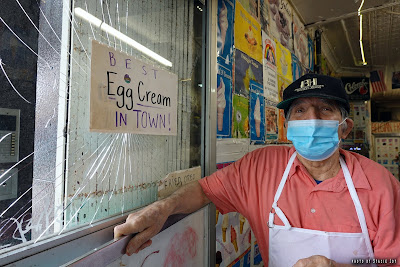 Over at Ray's Candy Store on Avenue A, someone punched the front door, shattering the glass behind the "Best Egg Cream in Town!" sign late last night.

Ray told EVG contributor Stacie Joy that it happened around 2:30 a.m. The man, who was alone, was angry about something and took it out on the door, which Ray plans on getting repaired. 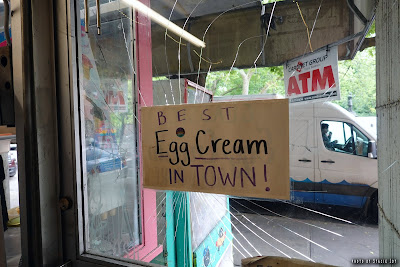 And, despite the curfew, Ray was apparently busy last night.
Posted by Grieve at 2:30 PM

OH HELL NO. how much does new glass cost? i will pony up!

anyone want to start a gofundme?

Looters are cowards.
Looters are selfish infants no better than trump.

PLEASE DO NOT SET UP A GOFUNDME.

WILL BE TAKEN CARE OF.

@8:12 RESPECT! grieve, thanks for the coverage! ray, thanks for who knows how many delicious years of 24/7 egg creams! xx

We love you, Ray!

I was going to say something here but I think everyone has already said it.

Ray, I'm glad you all are safe. I'm glad you are wearing the mask I gave you, I'll bring you a bunch more later. Love you mi Amigo Ray xo