At the rally for Casa Adela 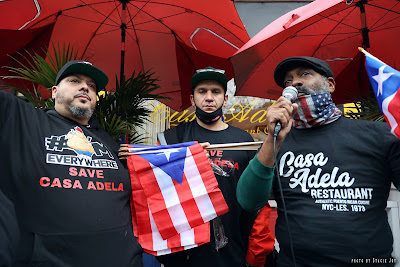 Dozens of residents came out on Saturday morning to show their support of Casa Adela, the 45-year-old LES institution on Avenue C that's facing an uncertain future with a pending rent hike.
As previously reported, the building's landlord— a Housing Development Fund Corporation — is looking to increase the rent from $1,350 to, eventually, $6,750, a number that the current owner Luis Rivera, the son of founder Adela Fargas, says is not feasible.
Rent negotiations are underway, though the two sides reportedly agreed to postpone the discussions for a month that would keep the popular Puerto Rican restaurant at 66 Avenue C between Fourth Street and Fifth Street.
Community members created a Save Casa Adela Committee, which helped organize Saturday's rally. People shared their feelings for the restaurant and its importance as a cultural anchor to the Puerto Rican community in the neighborhood.
Here are some photos via EVG contributor Stacie Joy ... 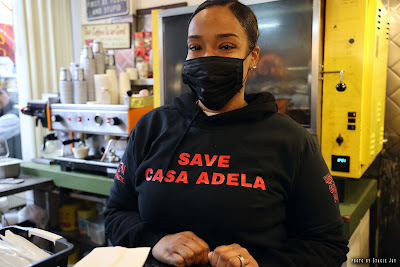 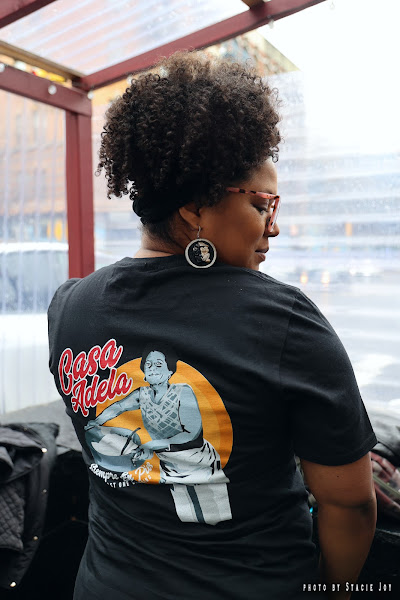 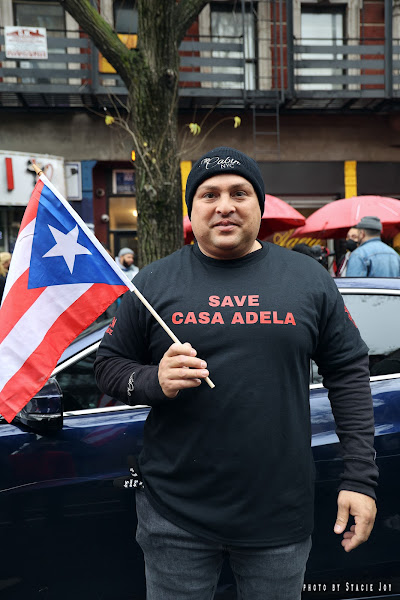 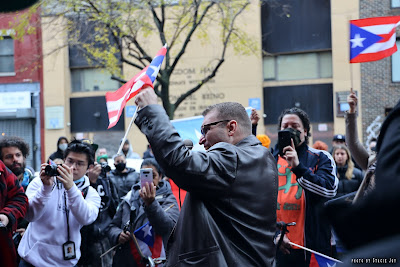 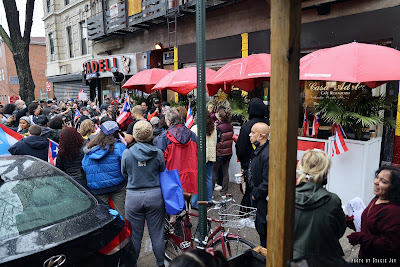 Artist Danielle Mastrion is creating a mural on the gate next door of founder Adela Fargas, who started serving her Puerto Rican cuisine here in 1976. She died in January 2018 at age 81. 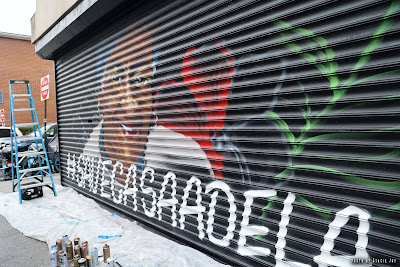 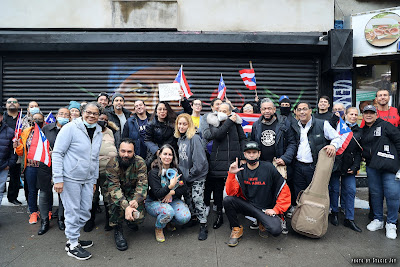 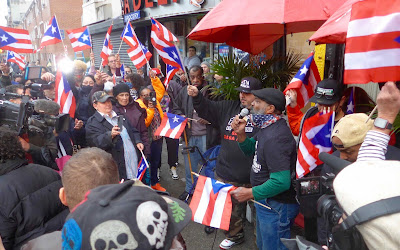 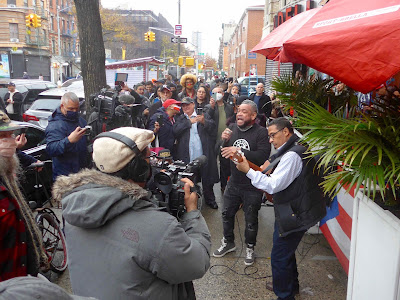 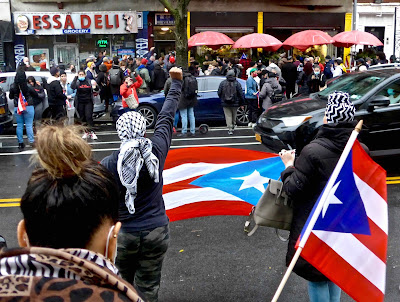 Just WHERE does the HDFC, which got the formerly abandoned city-owned building for FREE, and which receives LOWERED tax bills due to its non-profit status, get off raising the rent on a long-term community-based business to an unsustainable level?

Many homesteaders on the LES have become just as GREEDY and EVIL as the real estate vultures who have been ravaging our community since the 1960s....