Activity at the former St. Brigid School on Avenue B and 7th Street 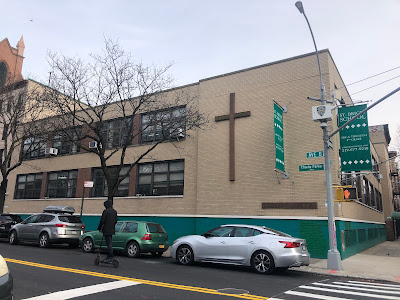 The St. Brigid School on Avenue B and Seventh Street has sat empty for two-plus years, ever since classes ended for the summer in June 2019.
As we first reported in February 2019, the Archdiocese of New York announced that St. Brigid School would cease operations at the end of the current academic year, a move that blindsided students, parents, and faculty alike. Founded in 1856, the Saint Brigid School was one of seven city Catholic schools marked for closure by the Archdiocese.
Nearby residents are curious about what might happen to the two-level building and subsequent property — prime East Village real estate with views of Tompkins Square Park.
EVG reader Robert Miner recently saw workers removing classroom furniture during the day... with a crew painting the interior in the evening... 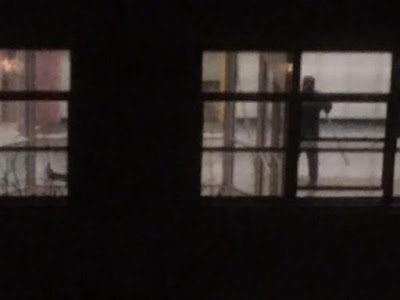 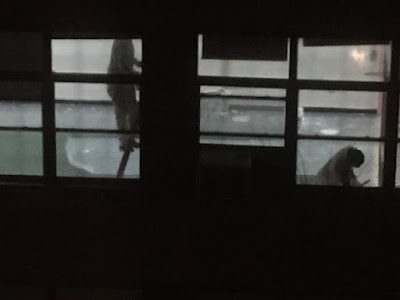 Per Robert: "Not sure if they're sprucing it up for sale or a reopening — but at least it's unlikely they're moving towards demolition if they're putting in this effort."
There's nothing on file with the Department of Buildings indication any future development here.
The Archdiocese has seen sales of more than $80 million for two former East Village churches in recent years.Developer Douglas Steiner bought the former Mary Help of Christians property on Avenue A at 12th Street in 2012 from the Archdiocese of New York for $41 million. During the summer of 2013, workers demolished the church, school and rectory to make way for Steiner East Village, the block-long condoplex.In March 2020, Gemini Rosemont, an L.A.-based real-estate investor, bought the former Church of the Nativity property on Second Avenue between Second Street and Third Street for $40 million.
The Church of St. Brigid-St. Emeric (and the rectory) remain in use next door. The church was spared from the wrecking ball, reopening in January 2013 after a renovation.
Posted by Grieve at 5:00 AM

They have been emptying the contents of the school pretty consistently for the past two years. They seem to be coming to the end of that process. My understanding is that they hope to rent the space out to another school. Not sure who that would possibly be. Perhaps a new charter school. But, I believe what is happening is the end of the clean up to put it in rentable condition.

I hope it is a school. We are choked with these faux luxury high rises.

I saw some surveyors in the parking lot of St. Emeric's on Ave D a few weeks ago, wonder if they were packaged together for development. I'll pass by later today to see if there's any additional activity. The church is boxy and nothing special from the outside, but has gorgeous stained glass windows that make me curious about the inside. I read somewhere that the windows were made by a German artisan, seems a shame to think that all of that work may be trashed, hope it's preserved somehow.