Gia Trattoria has closed on the Bowery 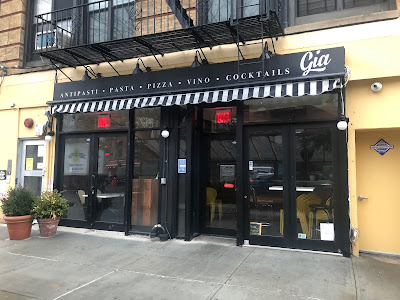 After four months, Gia Trattoria has closed at 334 Bowery between Bond and Great Jones.
The Italian restaurant had been dark in recent weeks, its website offline. Ownership confirmed the closure via an Instagram message but did not cite a reason.
Gia opened in late July with promises of "craveable Italian food, handcrafted drinks and much more.
Unfortunately, this space has been challenging to make work through the years. For starters, there was already a restaurant called Gia Trattoria at this address. Actually, there were a lot of places here for a brief time between November 2014 and June 2015 ... this is when the storefront was divided into two spaces, and Forcella, Espoleta, Gia Trattoria, Slice of Naples, SRO and Bowery Pizza came and went over six months.
This space was Gino Sorbillo, the first U.S. pizzeria from "the Neapolitan celebrity super-chef" of the same name. The "temporarily closed for renovation" sign arrived here in early January ... after a November 2017 opening.
The storefront next door remains vacant too. Burkleman, a home and lifestyle brand based in Cold Spring, opened here in 2018.
Late last year, a "closed for the winter" sign arrived on the door, which remains outside the now-vacant shop...  they relocated to Elizabeth Street between Houston and Prince. 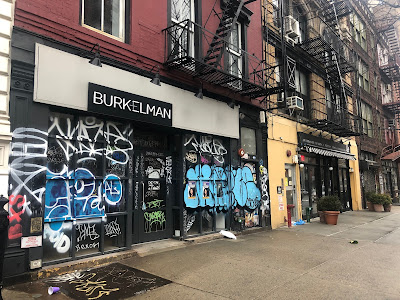 The Bowery got hit HARD during the pandemic. One of the areas that nearly completely shut down.

The Bowery used to be the place he where dreams went to die, but since most dreams are dead already, its where the nightmares go to be reincarnated as a soon to be closed retail establishment. When will these entrepreneurs realize what a shitshow The Bowery really is? Unless you run a fancy hotel with a built in bar or restaurant, it’s a tough strip to do business on, especially in a pandemic.

RIP Sorbillo. It was crazy pricey, but the best example of that genre of pizza I've had this side of Naples. Gotta go to the boot to get it now, I guess.