Caffè Bene has closed on Avenue A 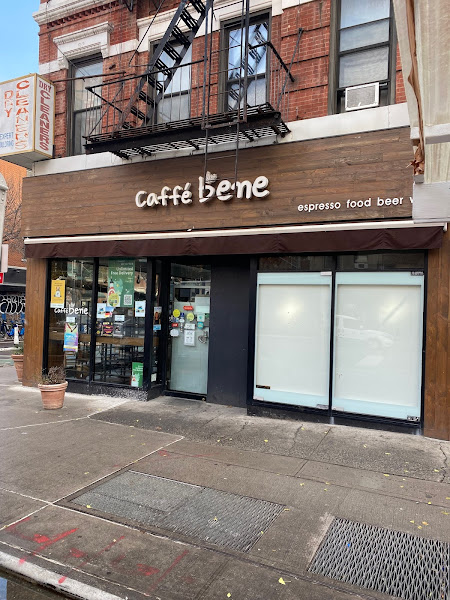 The Caffè Bene outpost on the SE corner of Avenue A and 13th Street has closed. Workers cleared out the space last week (thank you to Steven for the photos)... 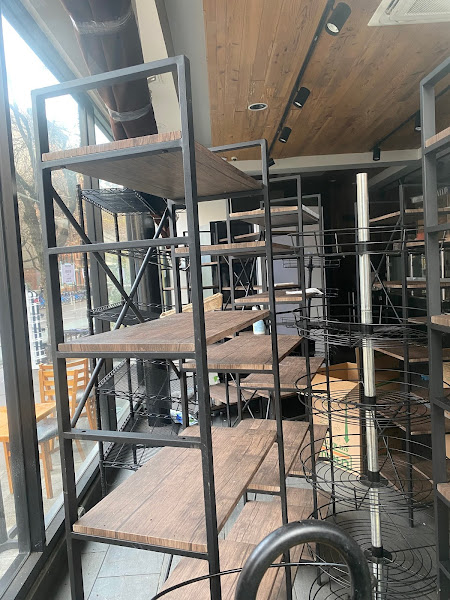 As we understand it, the family of this franchise owner, Rish Sheth, has a deli uptown, and they decided to combine the business. (We also heard the landlord was raising the rent by $2,000 a month here.)
The cafe arrived here in late 2015, offering a variety of coffee drinks, breakfast and lunch items, etc.
In September 2020,  as part of a pandemic pivot, Sheth added a line of South Asian-inspired groceries and snacks, from bags of Masala Munch to boxes of Parle-G biscuits, alongside Caffe Béne's usual fare. He named this new part of the business Jaleby, which continues to have an online presence for deliveries here.
This was one of two Caffè Bene franchises to open in the East Village in 2015. The location at 24 St. Mark's Place between Second Avenue and Third Avenue closed in April 2017 after 17 months of business.
H/T Lola Sáenz... and thanks to Laura and dwg, who also shared photos last week.
Posted by Grieve at 5:00 AM

More importantly, they had a small selection of sambal, the best kind of hot sauce, which is not easy to find around here.
Their burgers were of good quality as well.

Yet another chain to open all over the city, only to disappear within a couple years.

I was confused about this place since it had a Caffe Bene sign but inside looked like a deli. Thought the deli just took over and didn't have a chance to update the signage.

“Chain all over the city.” Since when does two locations in the EV count as a “chain”? It’s still a small business. A chain is Starbucks. Not hard.

Cafes in other parts of the world include sandwiches and snacks like a deli, that’s what Cafe Benne was aiming for. Instead of calling it another bodega.

Caffe Bene is (also) a Korean chain. Was this one related to those, like the one in Korea Town? It seemed pretty different.

Funny, Caffe Bene is known as the "Starbucks of South Korea" - these are franchises, located in Korea, the US (86 locations) and a dozen other countries - about 1400 locations in total according to Wikipedia.
https://en.m.wikipedia.org/wiki/Caffe_Bene

Ive been stuck in Asia since Covid. I will miss this place when I return to NY.