EVG Etc.: A deep dive on the East Side Coastal Resiliency Project; a night at House of X 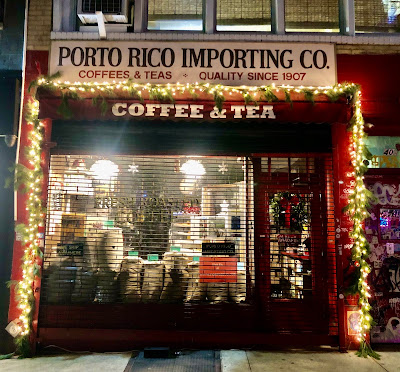 • Michael Kimmelman, the architecture critic at the Times, checks in with a long read on the East Side Coastal Resiliency Project (The New York Times)
• With omicron variant concerns, Mayor de Blasio is considering second shot, booster vaccination mandate for NYC restaurants, concerts (Daily News) More about omicron in NYC (Gothamist)
• In a lawsuit, the family of Jennifer Blumin, who died with her two young children in a plane crash in 2017, says her landlord contained to charge rent for her East 13th Street penthouse for several months after her death (The Post)
• A feature on the Rev. Dr. Jacqui Lewis of Middle Collegiate Church on Second Avenue (The Times ... reminder: tomorrow, the church is marking the 1-year anniversary of the fire that destroyed its sanctuary on Second Avenue)
• Residents of the Jacob Riis Houses say they are living with inconsistent heat and hot water and no gas service in their apartments (PIX11)
• Interviews with Council House Speaker candidates, including Carlina Rivera (City Limits)
• A four-year-old piece of legislation before the City Council would enable more consistent scrutiny for placement in supportive housing (City Limits)
• The legal battle continues at Children's Magical Garden on Norfolk and Stanton (The Post)
• The fourth International Human Rights Arts Festival takes place Dec. 6-12 at Wild Project on Third Street near Avenue B (Official site)
• Remembering 2 Bridges Music Arts on East Broadway and other long-gone record stores (Interlude Docs)
• One night at House of X at the Public Hotel on Chrystie (The Cut)
• How They Might Be Giants — celebrating their 40th year — made "Birdhouse in Your Soul" (The Guardian ... read our 2011 Q&A with John Linnell)
Posted by Grieve at 12:00 PM