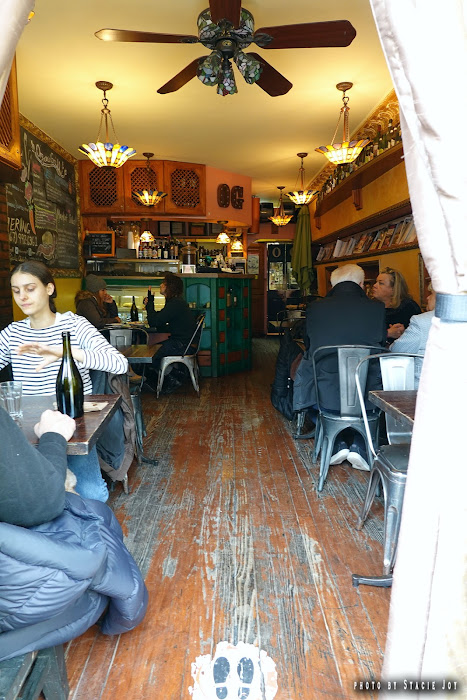 Photos and reporting by Stacie Joy
Organic Grill, the rustic health-food cafe with a vegan menu, is leaving its longtime home at 123 First Ave. between Seventh Street and St. Mark's Place this month for a new home in the West Village.
In an interview this past Friday, co-owner Vlad Grinberg said the Organic Grill has a new larger space opening later in April at 133 W. Third St., next to the Blue Note Jazz Club in the West Village. 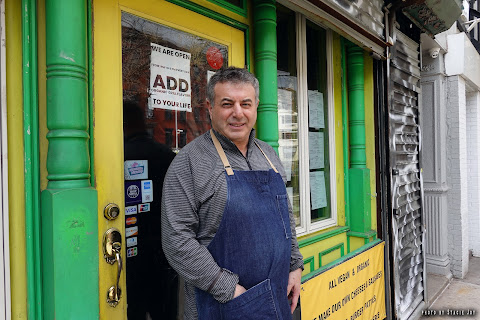 While Grinberg had been planning to open a second outpost, their EV departure was not in the cards... and coming after their First Avenue building was sold twice during the pandemic. Organic Grill had until the end of the summer left on their lease, but the new landlord didn't want them to stay and negotiated for an early release from the lease.
The First Avenue OG will close by the end of April, which will — hopefully — coincide with the debut of the West Village location. This WV spot will eventually feature refrigerated prepare-at-home foods like the OG's vegan burgers. The West Third Street space will also have several new menu items, including a variety of pasta dishes 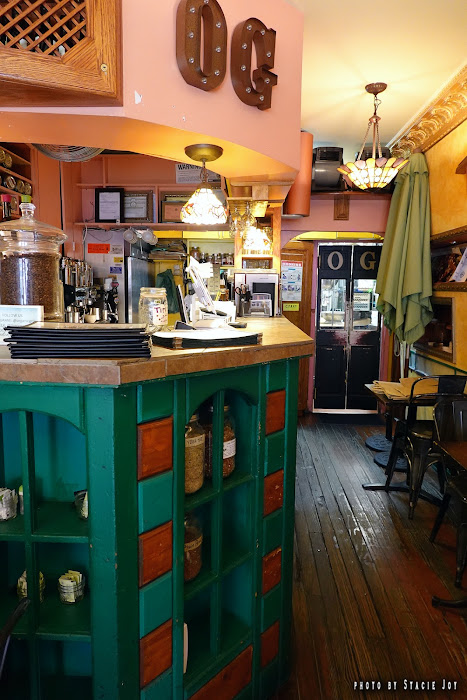 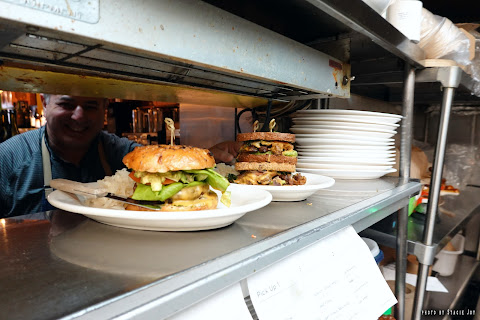 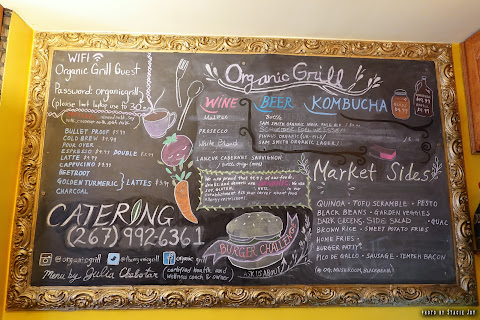 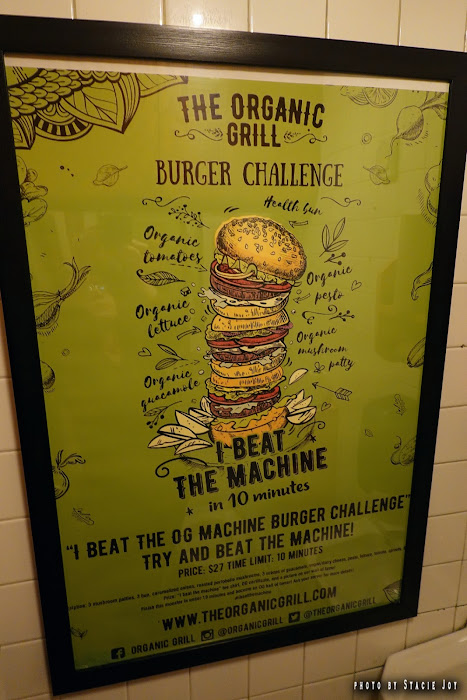 Grinberg owns the restaurant with his wife, Olga Grinberg, and stepdaughter Julia Chebotar.
The restaurant opened in August 2000 as an homage to Grinberg's mother, who turned to vegan and macrobiotic foods when diagnosed with cancer. Grinberg, a former social worker, said that a macrobiotic and vegan diet extended his mother's life by nearly 10 years.
Grinberg called this a bittersweet moment as he wanted to stay in the East Village. However, he is actively looking for another space in the neighborhood. We hope to see them here again soon. 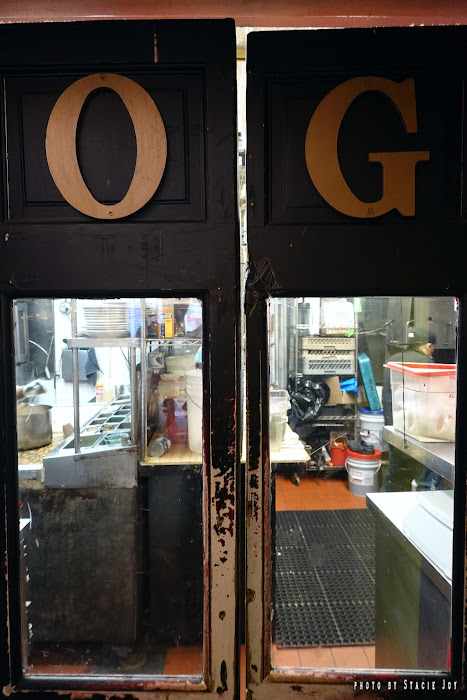 Very sad news, so sorry for them and us.
Just like that, displaced.
Henry the original owner seemed really good with them.
Does anyone know what happened to him ?

This is a loss, such good food. Wishing them an abundance of success in the new location.

I'm going to miss this place. I've been working from home for over a year and rely on their wifi. Since their wifi signal is oddly stronger than my own, I cancelled my service ... now, I will have to search out another source for internet connection. Hotspotting cell is not enough. Anywho, best of luck to them!

I'm so glad they found a new space and survived despite everything going against them... great people, amazing food! Worth heading west for ;)

Please come back somewhere nearby soon! Though I'll try to visit the Village location.