Checking in with "The God of Gambling" 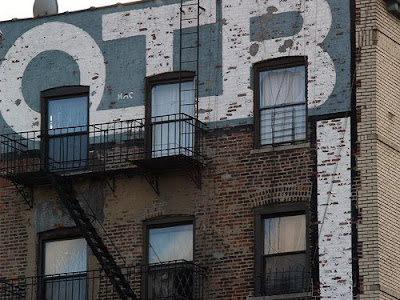 Lysandra Ohrstrom at the Observer checks in with some OTB regulars, including "the God of Gambling." It's a brief slice-of-life of the character that will be lost if the parlors go:
If a deal to save the city’s 61 Off Track Betting parlors is not hammered out this weekend, we bet the Aqueduct race track in Queens is going to be pretty crowded come Monday.
The regulars clustered at the branch on Lafayette and Canal streets Wednesday morning almost all said that if they can’t gamble in the stark, grimy, fluorescent-familiarity of OTB, they’ll go to the track instead. No matter how inconvenient playing the ponies becomes, if OTB were to close, no one we spoke to had any intention of stopping.
“Gas is five dollars now, but people still want to bet,” said Sylvio, a suavely dressed retiree, sporting a Panama Jack straw hat. “If people want to bet and they got money they’ll bet, it doesn’t matter where.”
A man placing a bet at the counter interrupted, shouting, “We’re never going to stop! We can’t stop!
“I don’t work. I just play the horses,” said the jumpy, Asian man, who identified himself as “the God of Gambling.”
“I can survive. I pay rent and I have two cars, but too many people lose. I suggest they close it. A man will come in here with three restaurants and leave with two. They’ll come back another day and leave with one. Then they lose that and they’re broke. It happens all the time.”
A retired merchant marine who served for 38 years now visits the Canal Street OTB two or three times a week and goes to the track on Wednesdays. Though he “loses more than he wins”--$700 to $800 per day is not uncommon—he keeps on coming back “for revenge.”
“Some people come with 50 bucks to bet, they’ll lose 48 and have two dollars for the subway home,” he said. “Some people come with 50 bucks, lose it all, and walk 60 blocks home.”
[OTB photo by Bonnie Natko via Flickr. This native New Yorker has many more great photos here.]
Posted by Grieve at 9:18 AM

Email ThisBlogThis!Share to TwitterShare to FacebookShare to Pinterest
Labels: OTBs, the God of Gambling