I began my walk on Nassau Street in front of the Tiny Towel Spa. (Or is it The Towels Were in the Dryer Too Long and Shrunk Spa?) 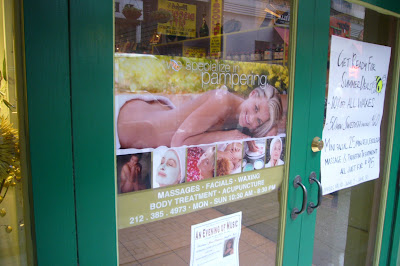 The sign for Samuel's Hats on the other side of Nassau has an air of high society about it. According to their Web site, "If you are planning to attend the Kentucky Derby or you need a hat for any special occasion please take a look at our new arrivals by the greatest American and European designers. " I just don't see too many women wearing these kinds of hats these days. 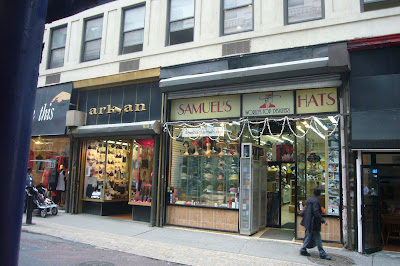 The sign remains, the store is no longer in business. This is now the new home of Hat Corner. 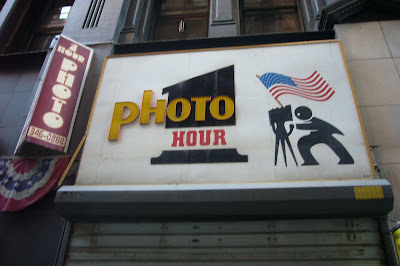 There are several discount stores along Fulton Street (I should just call it Fulton -- there isn't much Street left with all the construction) and Nassau Street. The area reminds me a little bit of 14th Street between Third and First Avenue several years ago, when there seemed to be 99-cent shops every few storefronts. With all the fancy condos and hotels cropping up in the Financial District, I'm afraid there won't be much need for mom-and-pop stores selling, say, plastic backscratchers, Spanish-language greeting cards and off-brand detergent. 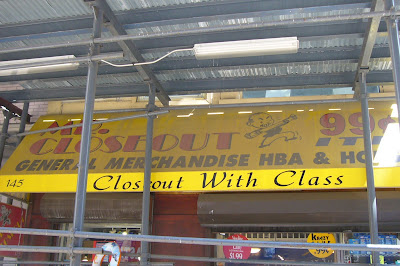 Ralph's has been here for nearly 35 years, I'm told. By the way, the door to the right of Ralph's is marked 82 Nassau Street. According to New York Songlines, "This was the address of the South Baptist Church; Herman Melville may have written "Moby-Dick" in a building in the church's courtyard, reports Literary New York. Later, in March 1878, the first telephone exchange was opened here by the Bell Company." 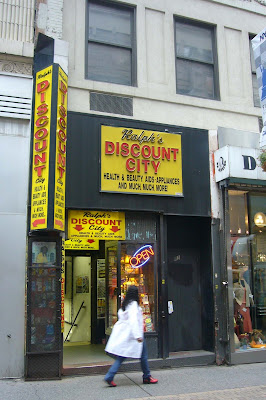 Been curious what this building was on Nassau Street before someone slapped the NATALIE on it. 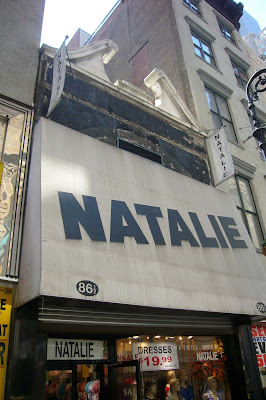 Love the jazzy, roaring-20s look of the Wendy's sign. Adds a touch of class! Now, must order a Triple Stack with cheese. 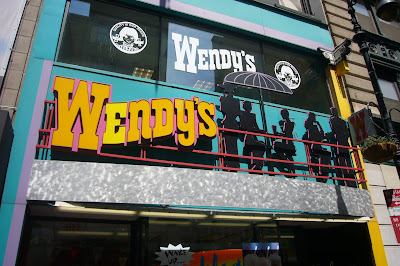 There may be a Sophie's under here somewhere. 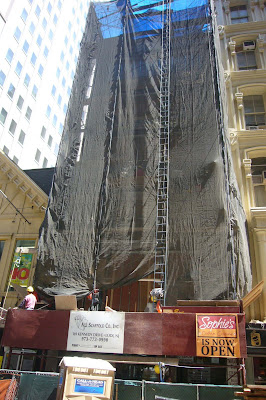 An exercise studio for nuns? Or mimes? 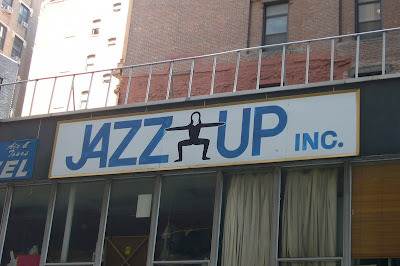 Yes, I know Dress Barn is a national chain with affordable clothing for women. That name, though. Sounds like the place to shop for the Sadie Hawkins dance. 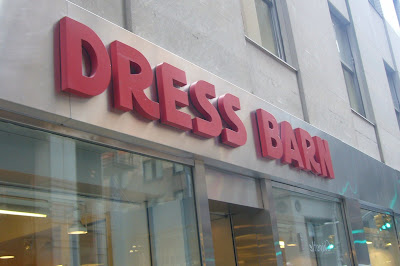 Always like the 1-2 punch of a fried chicken chain and fitness center side by side. 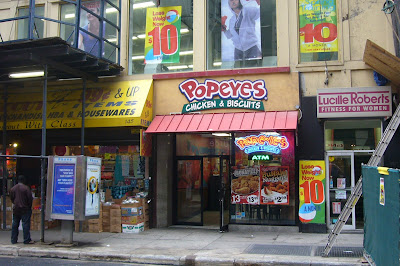 More random storefronts along Nassau Street selling affordable shoes and clothing. How long will they last with the neighborhood becoming more and more affluent? 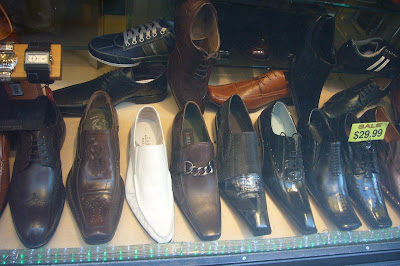 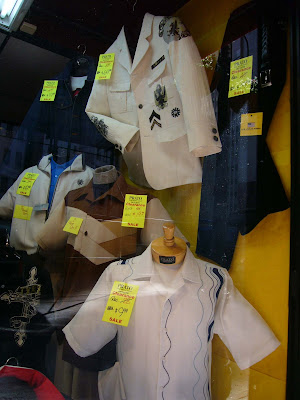 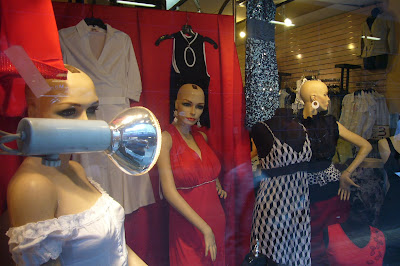 Let it go. About time that they re-vamped this area.

Re Ralph's on Nassau, you're close, but the street numbers go the wrong way. The apartment building to the left, now 80 Nassau St., was originally 82-84 Nassau St. when it was constructed around 1900, replacing the prior church building. The building at 86-1/2 (aka 86A) is one of the newest buildings on that side of the block, constructed around 1940.