If you're thinking of living in: The East Village 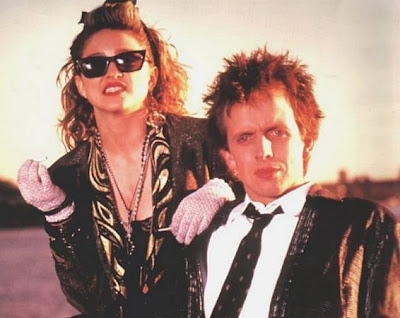 A few excerpts from a Times article from Oct. 6, 1985, titled "If you're thinking of living in: The East Village:"
PROSPECTIVE buyers of city-owned properties are swarming over the East Village, looking for bargains in hundreds of dilapidated buildings and vacant lots.

Among them are developers and people who cannot afford or will not pay the high rents and condominium prices prevalent elsewhere in Manhattan and hope that the East Village will give them every New Yorker's dream - maximum space for minimal outlay.
Indeed, its proximity to midtown Manhattan and Wall Street is catching the eyes of an increasing number of New Yorkers who view it as the next likely alternative to chic Washington Square, the trendy Upper West Side or the East Side.
A walk through the East Village is all that is needed to see its obvious problems:
* Condominium prices and rents for rehabilitated apartments, while lower than in established Manhattan neighborhoods, are rising fast and are likely to keep rising for the next few years.
* Crime, particularly crime related to drug abuse, is prevalent. Drug deals are made openly in Tompkins Square, the neighborhood's only park, and burglaries have risen markedly, according to officials of the Ninth Police Precinct, which serves the area.
* Quality-of-life problems abound. Residents complain that garbage remains uncollected for weeks, graffiti are endemic and the Fire Department says the East Village is among the most arson-prone areas in the city.

Despite its problems, the East Village has in recent years emerged as perhaps the most artistically avant-garde neighborhood in the city. Its boutiques are stocked with kamikaze clothing and its galleries with doomsday art, adding yet another layer of diversity to its traditional ethnic heterogeneity.

The cultural mix has been further enlivened by an influx of an increasing number of students from New York University, Cooper Union and other colleges, as well as young professionals.
'There are bohemians who live here who are only pretending to be bohemians,'' said Alfred Marston, chairman of Community Board 3 at 137 Second Avenue. ''Actually, many of them are the most straight-laced of people who work days in the financial district and want to shed that prim, professional image at night and on weekends.''

UNLIKE other areas of the city, said Mr. Marston, a financial consultant with a doctorate in economics, ''a lot of people who feel they have missed the boat in their private lives head for the East Village looking for a renewed lease on their youth and, obviously, some of them find it because more well educated, professional people keep coming.''
Mark Rudolph, a free-lance video producer, is such a person. Six months ago, he saw an ad in FYI, the Time Inc. house organ, and eventually moved into a two-bedroom apartment in a newly rehabilitated building at 652 East Sixth Street, near Avenue C. His rent is $900 a month.
In the blocks adjoining his building are dozens of lots, some occupied by squatters living in tents and shacks. ''But you've got to live somewhere,'' said Mr. Rudolph, expressing the feeling of thousands who will not live anywhere but Manhattan.
Rehabilitation of scores of buildings is under way and to hear local developers tell it, the sale of condominiums is brisk. The developers of 65-69 Cooper Square, a new building with 37 studios and one-bedroom condominiums, said more than two-thirds had been sold since it opened several months ago. The apartments range in price from $175,000 to $208,000, with typical maintenance of $329 a month.
But prices are not rising uniformly: The owners of a 20-unit apartment house at 82 East Third Street recently lowered their asking price from $575,000 to $515,000.
Rents for apartments, when available, can be high. Studio apartments on East Ninth Street between First and Second Avenues are being advertised at $725 a month, and two-bedroom apartments at St. Mark's Place and First Avenue have been advertised for $1,500 a month.
Condominium and co-op prices vary widely. Sponsors of a new co-op in a building being rehabilitated at 613 East Sixth Street are asking $165,000 for a two-bedroom, two-bath apartment, with maintenance of about $500 a month.
Posted by Grieve at 11:40 AM

As I commented before in your post "There goes the neighborhood: Lower East Side"

How is today different than then?

Yeah, I hear the same things being said today that are discussed in the article(s)...the prices have just gone up (and up...)