More Yunnies out to destroy the past 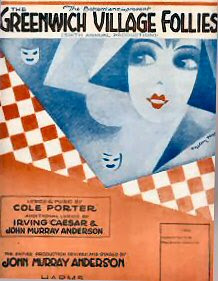 Catching up on some reading...saw this discouraging item in Scoopy's Notebook in The Villager this week:
Sign of the times: A decades-old mural of the neighborhood in the Brevoort East’s lobby at 20 E. Ninth St. will be removed if the building’s co-op board has its way. Word is that the building’s board is made up of “a group of young people who are focused on modernizing the lobby.” Yet, we hear there’s “considerable opposition among shareholders,” a core of whom would like to keep the artwork. The mural was created in the early 1960s and is a depiction of Village life at the turn of the century, featuring the Washington Square Arch and lower Fifth Ave. “Since this mural is clearly visible from the street, I believe that its removal should be of interest to the general Village community,” one co-op owner e-mailed us. “I have lived in the Village my entire life and know that residents of this community oppose unnecessary changes that diminish the historic nature of this unique community.”
[FYI -- The artwork above is not the mural in question...just the flier for the musical from 1924]
New to the Yunnies?
Posted by Grieve at 3:18 PM

Email ThisBlogThis!Share to TwitterShare to FacebookShare to Pinterest
Labels: destroying the past, The Villager

I literally pass by this mural every day (it's but a stone's throw from my home). I cannot fathom why anyone would want to do away with this mural. In fact, I've often considered asking the doormen if I could come inside and take a closer look at the mural.

better get in there and snap some pics, before it's gone