Fishing by the Con Ed plant

A friend of mine likes to take his young sons fishing near the Con Ed plant off the eastern end of 14th Street. (They toss back what they catch, though he claims the fish are just fine to eat.) It's a simple pleasure, away from the TV, video games, computer, etc. So I went to check out this not-so-secret spot along the East River Sunday. (Not to fish, just to watch. Maybe another day.) There were just a few men in their late 50s/early 60s fishing this day. Not much action in the water. It didn't matter, though -- it was a relaxing way to spend some time. And before the area possibly becomes someplace that we'd rather not be. 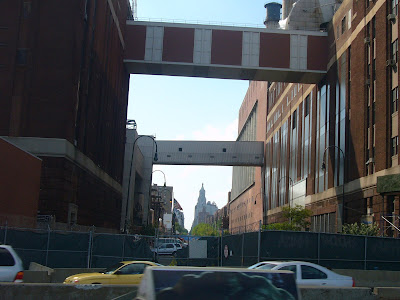 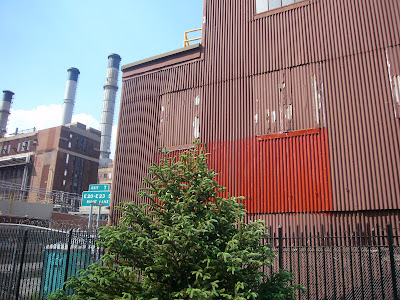 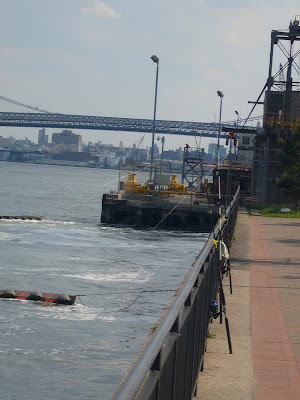 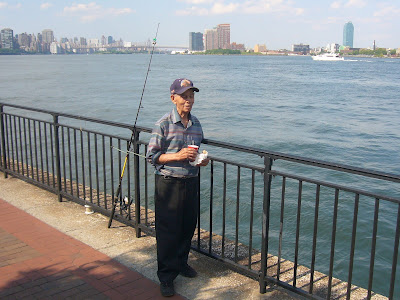 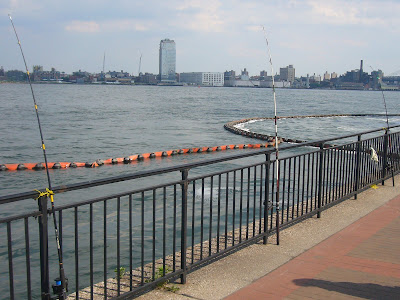 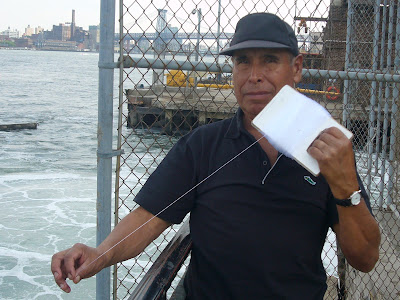 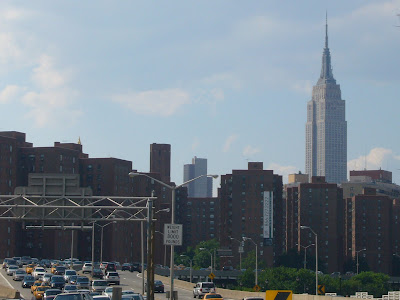 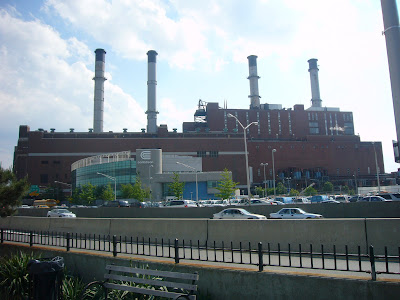 [Updated: Told my above-mentioned friend about this post. He basically said that I'm a jackass. Uh, yes! First, he told me that I would need to obtain a "sporting license" from the New York State Department of Environmental Conservation to legally fish here -- or anywhere in the state that is a public body of water. Or something. OK, Mr. By the Book! Also, he said that I need a geography lesson. The area in which I was sitting isn't exactly behind the Con Ed plant. (Well, it's near it.) I was in Stuyvesant Cove, a very popular spot. Something about piling bases. Whatever! And "toss back" sounds horrible. It's catch and release, man. Landlubbers, jeez.]
Posted by Grieve at 6:02 AM

did they catch anything? What kinda bait they use?

There were five men fishing. None of them caught a thing while I was there. (Roughly 30 minutes.) I'm not much of a fisherman person. The two fellows I paid the most attention to were using small slices of -- I'm guessing -- clams. My friend told me he fishes for stripers, though I didn't ask what he used for bait....

I also see people fishing in Central Park -- it's a hidden location.