Cafe Hanover will now open on [ ]

Way back in like December, we (citizens of the East Village) were promised that the Cafe Hanover — the gourmet deli portion of the mammoth three-story karaoke/billiards/gourmet deli palace at the former Mondo Kim's on St. Mark's Place — would open on Dec. 18.... 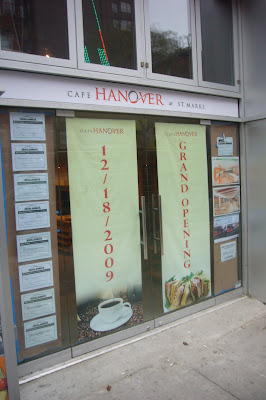 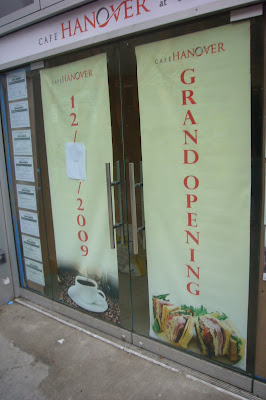 Previously on EV Grieve:
2U (or U2) Karaoke is now open on St. Mark's Place; Hanover Cafe coming soon
Posted by Grieve at 6:39 AM