On this date in 1980: "London Calling" is released in the United States 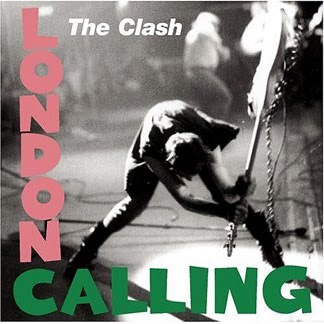 And you probably already know about the cover.... well, if not, Pennie Smith shot Paul Simonon on Sept. 21, 1979, at the Palladium...which is now an NYU dorm...

UPDATE:
At Flaming Pablum, Alex recalls buying his vinyl copy of "London Calling" at the Disc-O-Mat on Lexington Avenue between 57th & 58th streets. Which is now a Payless shoe store. Seems about right....

Email ThisBlogThis!Share to TwitterShare to FacebookShare to Pinterest
Labels: The Clash

Awesome post, EVG, thanks. Definitely need to add this to my list of records to have on vinyl.

I loved that album.

The only more momentous Clash moment in NYC for me was of course the amazing BOND shows on Broadway.