How about some more gelato for Second Avenue?

Jeremiah and I have both been watching the former Estroff Pharmacy space on Second Avenue between St. Mark's Place and East Ninth Street ... As he noted about the "cryptic symbol" in the front window of the incoming business... "Fro-yo? Mashed potatoes?" ... (And cause for an anxiety dream) ... 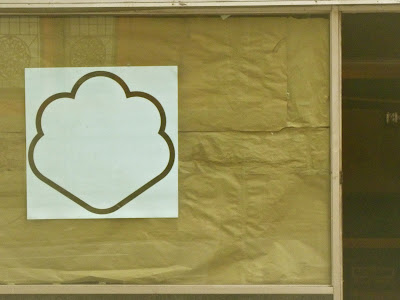 Workers on the scene this morning are putting in the new signage and front window, etc. Any guesses? 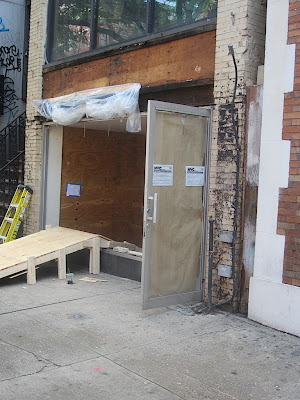 It will be a gelato shop/cafe. 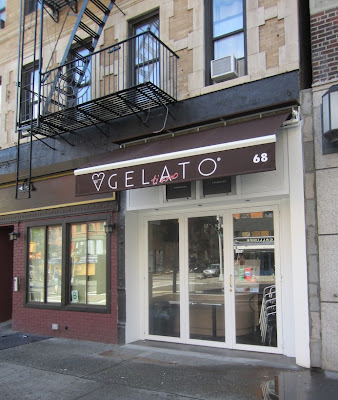 Meanwhile, around the corner on St. Mark's Place... The shell of the former Timi's Gelateria Classica™ — "a gelato franchise for the 21st century, with true Italian artisanal gelato made fresh daily" — sits empty since closing late last year.
Posted by Grieve at 10:57 AM

God, I miss ice cream. You know, a scoop in a cone, strawberry, not fragola or fraise.

Welcome to the Gelato renaissance in New York City. Just wait until Paciugo opens in Manhattan (they just opened a stand in the Delta terminal at LaGuardia).

Perfect. The more gelato, the better. In Italy there seems be a gelateria on every corner, and I wish every bank branch and Starbuck's in the East Village would be replaced by a different gelato place.

By the way, we tried the 4th Street one ("Ti Amo" is the name) and it was excellent. They even give you the samples in miniature cones. The gelato was dense, fresh, tasty, superb. Better than many I had in Italy.

The St Mark's place had promise, and it was good in the beginning, but the quality degenerated. The last regrettable time we had gelato there it had frozen ice crystals in it (meaning it was allowed to melt and be refrozen, or too high a water content), and that awful refrigerator/freezer taste. Never went back after that.

How about some vegan gelato? Offering one flavor of sorbetto is a nice gesture, but I like choices. Besides, more people are dairy-intolerant than are soy- or nut-intolerant.

I'm with Barbara, I prefer ice cream. Does that make me a 'ugly american'?