13-story residence in the works for East Houston; fantasizing about a cabin and arts center 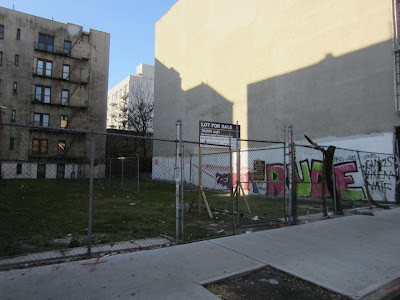 Back in July, The Lo-Down reported that an unknown buyer has purchased the two vacant lots at 327 and 329 E. Houston St. for $8.4 million, as well as two adjoining parcels at 331 E. Houston and 163 Ridge St. for another $4 million... part of the portfolio that belonged to reclusive real-estate baron William Gottlieb ... The lot has been empty for seemingly eons ...

The Lo-Down followed-up on Friday with the news that there are plans in place for a 13-story, 78-unit residential complex on the site.

Per The Lo-Down, reps from Halpern Real Estate Ventures are...:

seeking to enter the city’s inclusionary housing program, which permits developers to build bigger buildings than normally would be allowed in exchange for adding a certain number of affordable apartments to their projects. In this case, 16 of the 78 units would enter the affordable housing program (5 studios, 8 one bedrooms, 3 two bedrooms). The developer is not seeking any city subsidy.

So that's that. And this lot was one of our favorites... 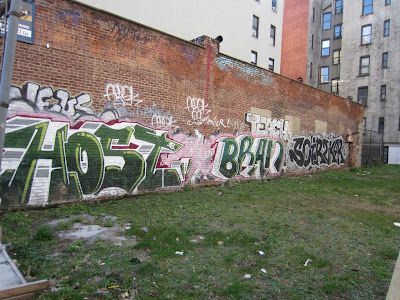 EVG Facebook friend Edward Arrocha recently posted photos from the long-abandoned laundromat next to the property, which is part of the development... 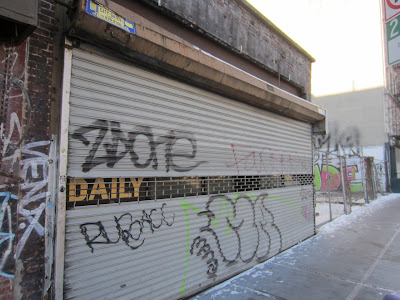 There's now a partial opening on the storefront, which provides a glimpse of what was left behind... 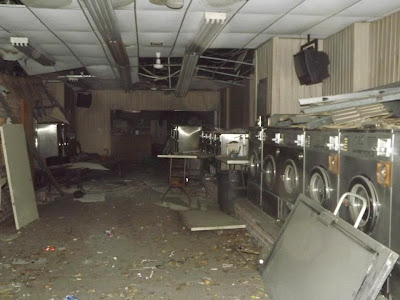 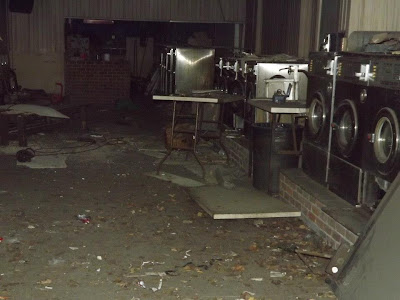 Per Arrocha: "I always fantasized of having nice cabin and arts center on that lot... with a wonderful garden and a lot community things... but I never hit the lotto!" 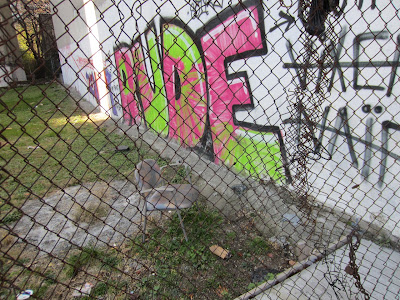 16 of 78 will be affordable housing. This program is a joke. That number should be 50% and truly affordable for low and middle income residents. It's a give away in sheep's clothing. This practice has got to be stopped with the next mayor.

@dwg - How right you are. Anytime you hear that x amount of y units will be set aside for 'affordable housing', your BS detector should start vibrating. Their definitions of affordable housing are usually absolutely laughable, and will do nothing for people who need apartments that actually are affordable for low income families, not the recent NYU grad that is embarking on her Carrie Bradshaw artisanal adventure.

Wow, I can't believe the washers and dryers were there all this time... Geez, I remember going there...

The 50% affordable model is a joke too. The 50% that they say is affordable is actually not. Most of it is actually slightly below market and you wind up very few units that are truly affordable.

The 50/50 model is a scam. It's like the SPURA plan or Arabella.
New housing that goes up should be divided something like this: A third for working middle class, a third for lower middle class and a third for seniors. We don't need a single unit more market rate housing.