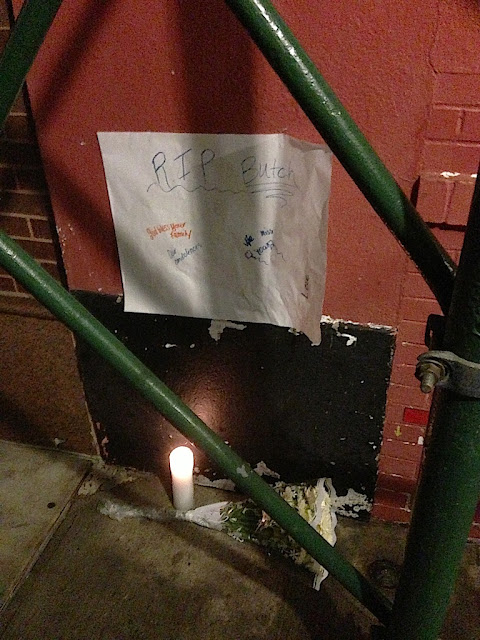 There's a small memorial outside 219 E. Seventh St., where Butch Morris lived. As you may have heard, Morris — the innovative jazz musician and conductor — died yesterday after a reported battle with lung cancer. He was 65.

The New York Times talks about his collective improvisation, which he called "conduction." Per Ben Ratliff's feature obituary today:

He introduced this concept in 1985 and at first met resistance from musicians who were not willing to learn the vocabulary and respond to the signals; he was often in a position of asking artists to reorient themselves to his imagination and make something new out of familiar materials. But he demanded to be taken seriously, and he was. After 10 years he had made enough recordings to release “Testament,” a well-received 10-disc set of his work. After 20, he had become an internationally admired creative force, presenting conductions at concert halls worldwide and maintaining regular workshops and performances at the East Village spaces Nublu, Lucky Cheng’s and the Stone.

Dave on 7th, who took the photos, recalls having drinks with Morris on several occasions.

"Very sweet and exactly as you'd want a guy like him to be." 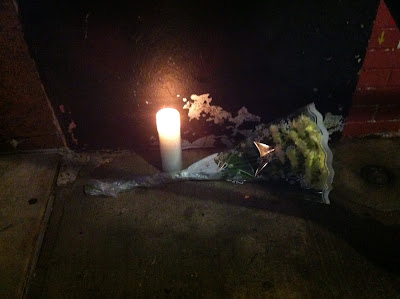 Thanks so much for letting us know EV.

He was too young for this.

He gave more than he took.

I've known Butch for 11 years & we spent many a night talking music & drinking at Casimir. He truly will be missed.

I'm really sorry to hear this. He was a wonderful guy.
RIP Butch.