Thanks to RyanAvenueA for this shot... of a large hole in the middle of Second Street near Second Avenue... 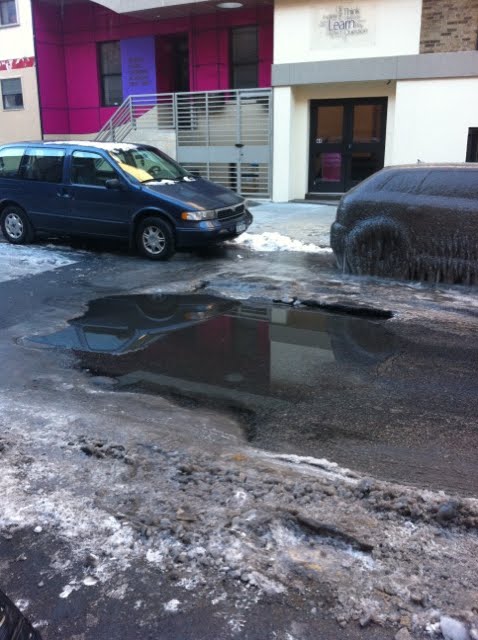 Oh, and here's a closer look at the new icicle Audi model. 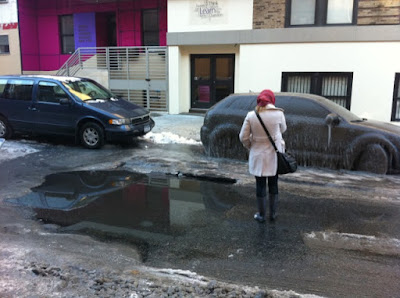 Postscript. The Icicle Audi, of course, went on to international acclaim. From Jan. 25... 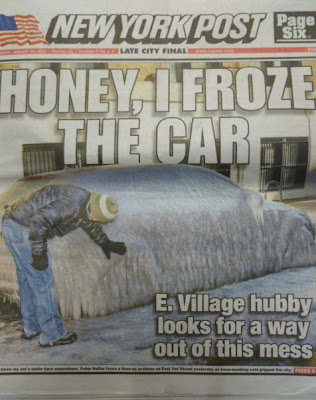 H/t to esquared™ for reminding me about this anniversary.
Posted by Grieve at 5:40 AM