No one has chronicled the neighborhood better than Bob Arihood. Here is a repost from Neither More Nor Less dated July 28, 2006 and titled Crow's omen. 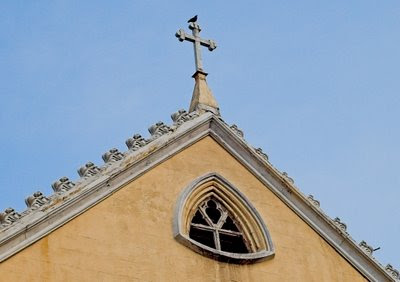 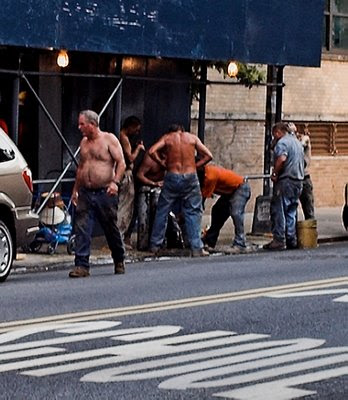 As men washed themselves of the filth of a night and day of demolishing the interior of St. Brigid's , a crow sat cawing and harried by small but agitated and persistant birds atop the Gaelic cross at the peak of the facade of the 1848 landmark church of " Mary of Gael ", St. Brigid , the mother church of the Irish immigrants of the middle 19th century .

I am not a soothsayer and thus can not say what the presence of a crow cawing on a cross at a time like this does presage . Is there some dark fate and certain final loss with this church that we must without choice come to know and if so, should we not protest such fate extremely ? Shall this landmark and icon ,our connection with our past , just perish ? Today , the demolishers punched a hole in a stained glass window for fresh air as they demolished the precious interior and then punched a hole in the back wall of the church to defecate the brutally demolished interior of the church into the lot behind the church .Tommorow all will return to court to decide finally whether this demolishing shall stop .

The community wants this church to be saved ...preserved . But it seems there are now powerful forces dead set against saving this church ; powerful forces , the archdiocese , the bishops and the Cardinal , it seems , want St Brigids reduced to ruble . I do not truly understand why . Some say offers to purchase the church at a fair market price and then return St. Brigid's to the community have been made . It is said that the Cardinal has said no to such offers ,thus , can it be that there is more than just the money value of St. Brigid's demolished that is of concern to the archdiocese . The civil courts and the Landmarks Preservation Committee so far seem to be powerless to save this church . Finally ,why has some one not sought in canon law a path to the good grace and aid of His Holiness the Pope and the mother Church when the community now needs them most ? 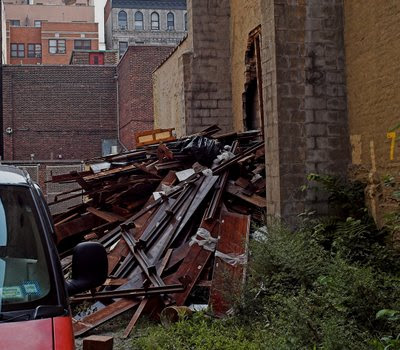 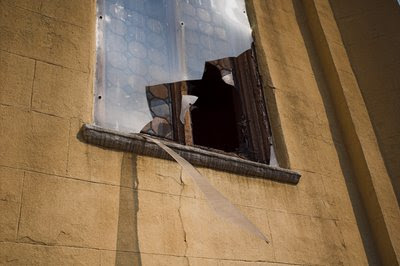 Find more of Bob's St. Brigid's-related posts here.
Posted by Grieve at 6:25 AM

In addition to all the other perfections of this post, it is indeed pure poetry.

As a lapsed Catholic I truly believe there's a special place in Hell reserved for people who demolish churches, be they de-sanctified or no. I don't know how these men, who reportedly laughed and taunted onlookers as they smashed out 150 year old windows, can sleep at night...

Bob is watching over us indeed. Miss you Bob.

Thanks for this....
Lucie Gato

Thanks for reposting this, EV Grieve. Nobody chronicled the East Village like Bob. I sure miss him.

I am so sorry Bob is not here to see something so positive as St Brigid's re-opening. I hope he knows.