Last night for Second on Second

As we first reported on Jan. 7, Second on Second, the 10-year-old karaoke bar at 27 Second Ave., is closing this month.

The farewell party is tonight... (which we have already noted)... 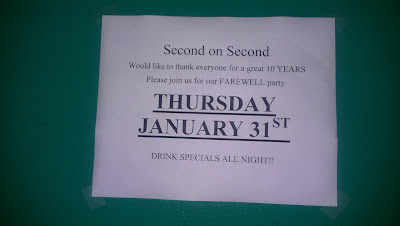 Claim: Second on Second closing this month on Second Avenue

Email ThisBlogThis!Share to TwitterShare to FacebookShare to Pinterest
Labels: Second on Second

It was a GREAT party! Thank you for the support!