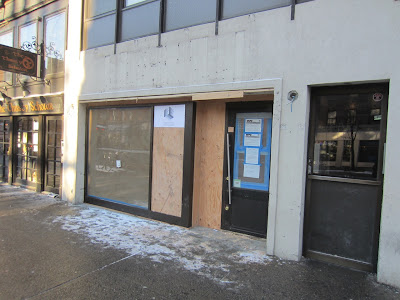 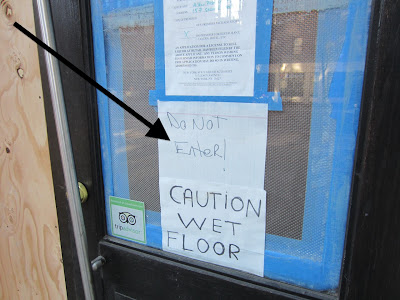 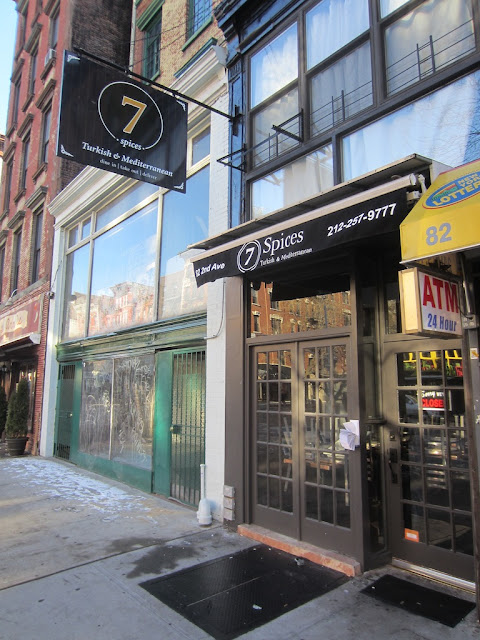 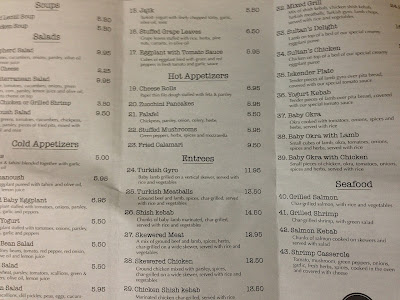 ...and now a few items that we meant to note much sooner... Such as! JujoMukti Tea Lounge on East Fourth Street between A and B closed some time late last year... a reader said that the owners sold most of the furniture and fixtures in mid-December... 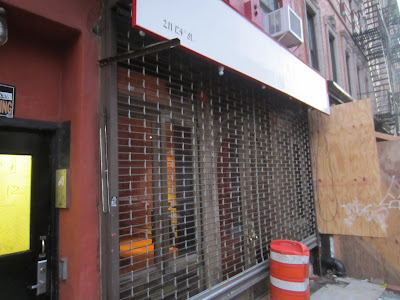 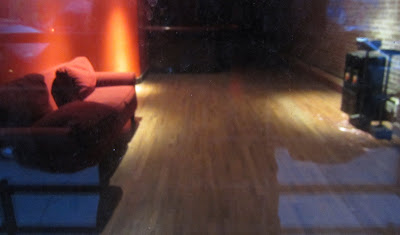 CB3 OK'd a a beer and wine license here back in June 2011 even though the cafe is in a resolution (saturated!) area ... "after enthusiastic patrons spoke out about the venue's uniquely diverse presence and focus on a nurturing lifestyle," per Eater.

Also meant to note that Jeepney recently filled in the rest of their sign on First Avenue... 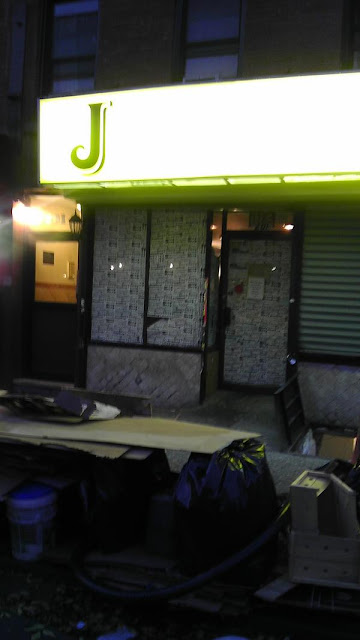 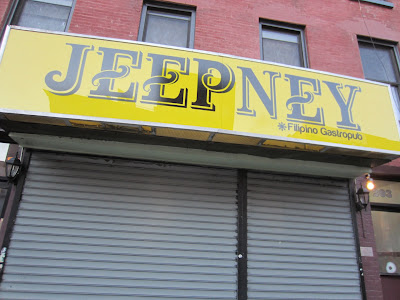 And Queen Vic, the British pub and restaurant on Second Avenue at East Fourth Street, hasn't been serving food in recent weeks... 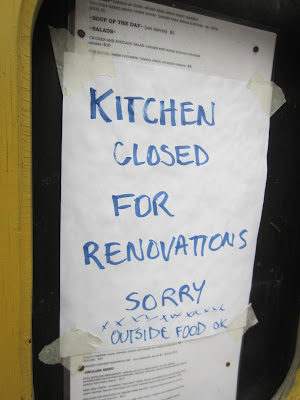