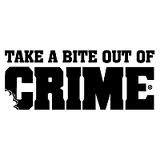 OK then. Here's a humdinger of a crime report via Serena Solomon at DNAinfo today:

Melissa Scott, 28, was caught red-handed Sunday for allegedly stealing a pair of Jimmy Choo boots from Cadillac's Castle at 333 E. Ninth St. — after biting both a store employee and a police officer who tried to restrain her, according to the clothing store's owners and cops.

The story includes a scuffle on East Ninth Street and a foot chase on St. Mark's Place, where Scott reportedly bit the officer.

During the biting attack on East Ninth Street ("her jaw clenched so tight a neighboring store owner had trouble prying her off"), people watching reportedly "just stood around and did nothing."
Posted by Grieve at 2:55 PM

"people watching reportedly "just stood around and did nothing." "

what are they going to get involved and have the cop shoot them? or get sued by the crazy shoe bitch? Cut off her head and let the rats feed on the remains sheesh, enough already with these barbarians.

I doubt that the people standing around,"did nothing". I bet they did what most of society do when they see another person in need of help, take out your I -phone and start filming. Then you can post it you tube for all the critics to comment on.

Is it possible that this woman is a zombie? From what I see on The Walking Dead, they are biters, and I wouldn't put it past the undead to shoplift.

what do you expect? She was, after all, stealing a pair of Jimmy CHOOs. The store employess was just lucky she didn't see that sassy pair of Bobby Eigowdges!

Looks like she bit off more than she could CHOO. *drum rimshot*

the store owner's comment about how people on the street didn't do anything was asinine. how are those people supposed to know what's going on? If i was walking down the street and saw that happening i would've probably sided with the biter because it was 3 against 1! I came across a similar situation in front of Rite Aid on 1st and 5th this past summer. I was walking up on 1st ave and saw a man assaulting a woman and couldn't get away. I truly thought the woman was in some sort of trouble and i approached and yelled for help. Well, long story short, he was a rite aid security and she was a shoplifter.

I saw this from my top-floor window. At least 5 people were standing (not walking,or recording...standing) within five feet of this woman as she frantically stuffed clothes that were for some reason piled along the curb into a shopping bag. One girl was screaming like she'd been stabbed, holding her pinky (bit?). Two female friends were trying to calm her. A couple guys stood aside, taking it in, not doing shit. I didn't know what was going on, but screaming girl and clothes-stuffing woman aside, it certainly didn't look like a crime scene. Until the woman took off down the middle of 9th st. One of the local store owners then ran after her but she got away.

I suppose some big dude could have restrained her as she stuffed the bag, but considering she was a biter, it's probably for the best. Glad to hear they got her. It was pretty brazen, it the middle of the day.